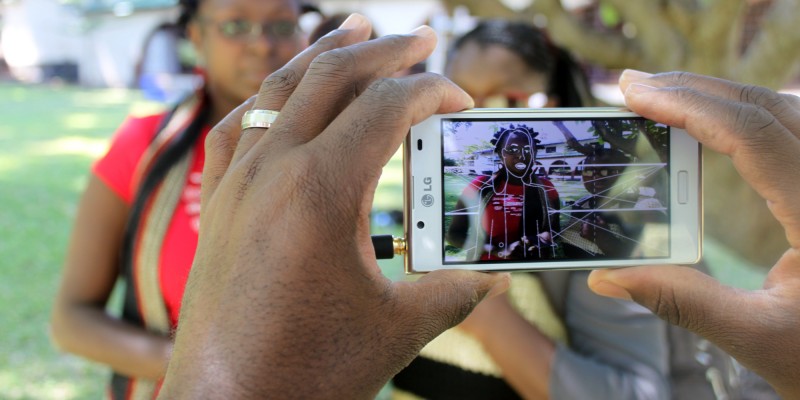 Very often when we embark on projects of any kind, we do not immediately imagine the kind of impact the work will have. Sometimes we are pleasantly surprised by some unexpected results of our actions.

Between 2013 and 2015, the Mobile Community Zimbabwe (MCZ) project embarked on a journey to equip a group of young Zimbabweans with digital storytelling skills using mobile phones. Over the course of these three years, over 120 young people from across the country were trained to become citizen journalists, documenting compelling stories from their communities to share with the world.

The main objective of developing a network of active and skilled citizen journalists was to promote media plurality and diversity through the provision of alternative sources of media. It was also about building positive social campaigns and increasing citizen engagement. This was in direct response to the need to fill the void within the current mainstream media landscape in Zimbabwe that is highly fragmented, polarized and preoccupied with politics and power struggles. Such a state of affairs has over the years led to a growing eclipse of the public, wherein people became distracted from issues facing ordinary people.

The MCZ network of citizen journalists stepped in to tell the alternative Zimbabwean story, and by so doing, is involved in a process of continuous inquiry into the social issues affecting their communities and sparking public dialogue on these issues. Armed with smartphones, our citizen journalists have played a critical role in capturing some really important news stories, giving new perspectives to how we view news. A lot of the stories told by these young people have proven how much citizen journalism matters especially in terms of achieving social advocacy.

In many ways, social advocacy as a deliberate strategy endeavors to influence social policy, for the purposes of advancing social justice and problem solving, while ensuring that marginalized voices are heard.

When Theresa Takafuma told her riveting story about the problem of open defecation at a vegetable market place in her home town, she thought she was simply doing the thing that many journalists do: telling a news story. Little did she know that shining the spotlight on this issue would play on the conscience of local authorities, who shortly after the video’s release set out to construct toilet facilities by that market place. We believe that her video played a role in bringing this issue to light.

We learnt a lot about economics and life in Zimbabwe when Boldwill Hungwe told the story about the decade-long career life of a street vendor roasting corn for a living, which was an even bigger story about the country’s socio-economic situation, unconventional livelihoods and survival under harsh circumstances.

A story about the invasive growth of water hyacinth in the town of Masvingo not only raised public awareness of this threat to their water sources; it also galvanized community effort to rid the town’s water bodies of this infestation.

These are just a few examples of stories with impact from an incredible network of citizen journalists telling stories that matter to their communities. Citizen journalists make the invisible visible, and by so doing bring the issues home and force audiences to sit up and take notice. There is indeed a lot of potential to be realized in using digital storytelling as a mechanism to bring attention to pertinent issues. `