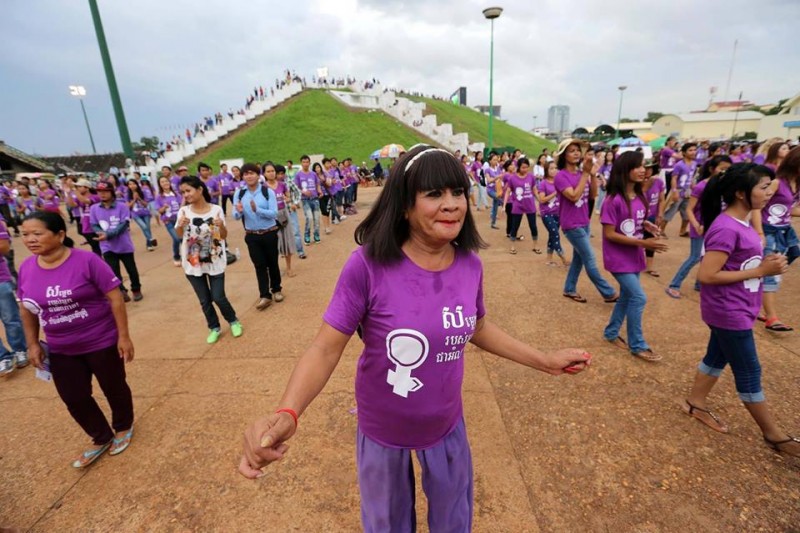 We all have the same right to the city – to live, to work, to learn, to be mobile, to enjoy leisure time and to thrive, without fear, without violence. Unfortunately, that is not the experience of women. Women in cities everywhere are often held back because they cannot move freely without fear and the threat of sexual violence. If women report sexual abuse, they are blamed for being in the wrong place at the wrong time, and for what they are wearing. Women are told to restrict their own movement and behavior in order to remain safe. It is worse, reporting sexual abuse brings women shame. On the contrary, offenders continue to go unpunished and free from all sorts of judgments.

The cities belong to everyone yet their planning and services are not designed with women in mind. Poor urban women, from slum dwellers to sex workers to informal vendors to formal workers and young migrant students, are most at risk because they don’t have the means to find safe living conditions, bring their attackers to justice, or simply access refuges and hospitals safely.

All these must change.

The campaign “Safe Cities for Women” is about women reclaiming their right to the city. We are calling the governments, businesses, media, leaders and individuals to act now to:

We will fight until women feel safe and free from fear and all sorts of violence. We believe that “When a city is safe for women, it is safe for everyone”.

Supporters mobilisation: We organised madison dance for campaign launch and International Women's Day. At each event we collected phone numbers and email addresses to create a list of supporters which we will communicate with them later for call for action. At each event, we managed to mobilise about 1000 people to join, which included garment workers, beer promoters, sex workers and students who are our constituencies and a wide range of public. 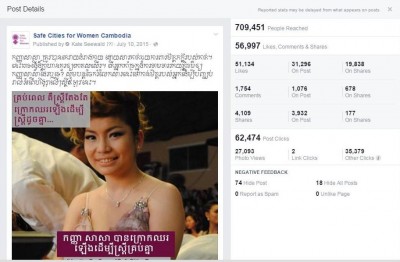 Call for action: We haven't had any big call for action yet as we are in the process of building a base of supporters, as well as for women empowerment. We only had one small urgent action on Facebook page, which we call for justice for Ek Socheata, better known as “Sasa”, a Cambodian film star who was attacked by a tycoon. This meme on the Sasa case reached almost a million people and has created great debate in public. With this one post, we received more than 50,000 likes, more than 4,000 shares, and almost 2,000 comments.

A sense of shared ownership among partners over the campaign which needs improvement from this year onward.

Collaboration with a wider range of like-minded networks is also necessary to push forward policy advocacy agenda. This is something that we will focus on building from this year as well.

*This documentation would not be possible without the support from ActionAid Cambodia's SafeCities Campaign team members, especially Ms. Sopheary Ou, Communication & Campaign Coordinator, who are willing to offer an in-dept insight to the campaign experience. Information and photo are supplied by AcitionAid Cambodia.