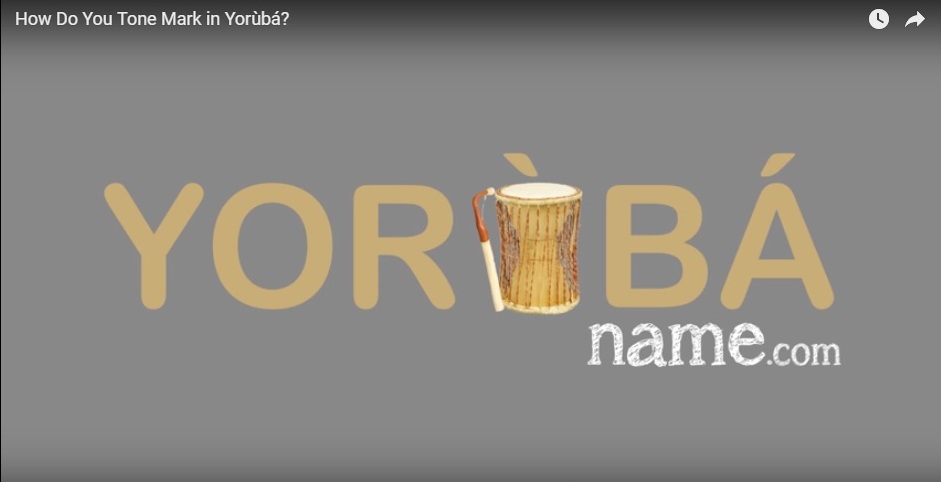 Screenshot from “How Do You Tone Mark in Yorùbá?”

Typing Nigerian languages, such as Yorùbá and Igbo, is usually a challenge as most keyboards are not equipped for the tonality that characterizes them. These technical barriers have been a source of concern for many Nigerians who would wish to type their local languages properly.

However, this might no longer be an issue thanks to YorubaName.com, which has developed a Yorùbá and Igbo keyboard. YorubaName.com is a multimedia dictionary of Yorùbá names, which seeks to:

…preserve and document all Yorùbá names in a multimedia format. It is part of a long-term project to document all types of African cultural experiences on the internet as a way of ensuring the survival of African identities in their various expressions.

YorubaName.com was founded by Kọlá Túbọsún, whose bachelor of arts’ thesis formed the backbone of the project. He and his team of linguists and techies, including Global Voices author and translator Laila Le Guen, are behind the keyboard.

Laila has been a volunteer with the YorubaName project since March 2015, and she recently completed a three-year diploma in Yorùbá studies offered at Inalco, Paris, that included a rigorous language course alongside specialised classes in linguistics, history, literature and anthropology. She explained in an interview the issue that the keyboard solves: 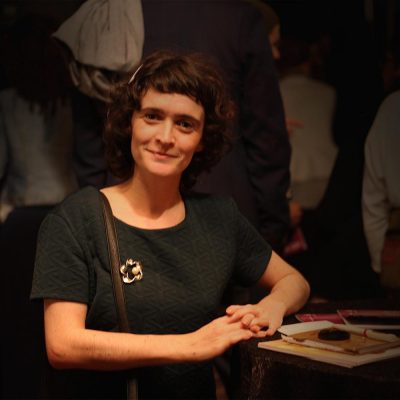 With this keyboard, we are addressing technical barriers to the use of Yorùbá and Igbo online. The new keyboard is an updated version of a keyboard layout we released last year to fill a gap in technological solutions to type Yorùbá in standard orthography. Yorùbá makes use of grave accent, acute accent and occasionally macron (n̄) to mark tone, and some characters include subdots (ẹ ọ ṣ). Some keyboard layouts existed on Windows and I had created one for Mac for my personal use since none existed at the time but all these efforts were scattered and inconsistent. The idea behind the YorubaName keyboard layout was to propose a user-friendly package for Mac and Windows and also to take advantage of our existing platform to promote its use.

Yorùbá is both a language and the name of one of three major ethnic groups in Nigeria. Besides Nigeria, it is also spoken in the Republic of Benin and in communities elsewhere in the world. There are about 30 million speakers of Yorùbá worldwide.

Nigeria hosts about 250 ethnic groups and 500 languages, but information and communication technology is generally not made with any of those languages in mind. There's also the issue of preserving and promoting their cultural and language identity while abroad: Although there is paucity of accurate statistics, rough estimates drawn from different Nigerian embassies and the International Organisation for Migration show that 15 million Nigerians live outside the country. This seems valid because according to reports, Nigerians living abroad remitted US$21 billion back home in 2014 alone.

Nigerians in the diaspora and those at home wish to keep their identity alive. They want to type, send and receive SMS and make social media posts in their local languages, but most times they are unable to do so. Thus the justifiable interest in the new keyboard developed by Leila and her colleagues. 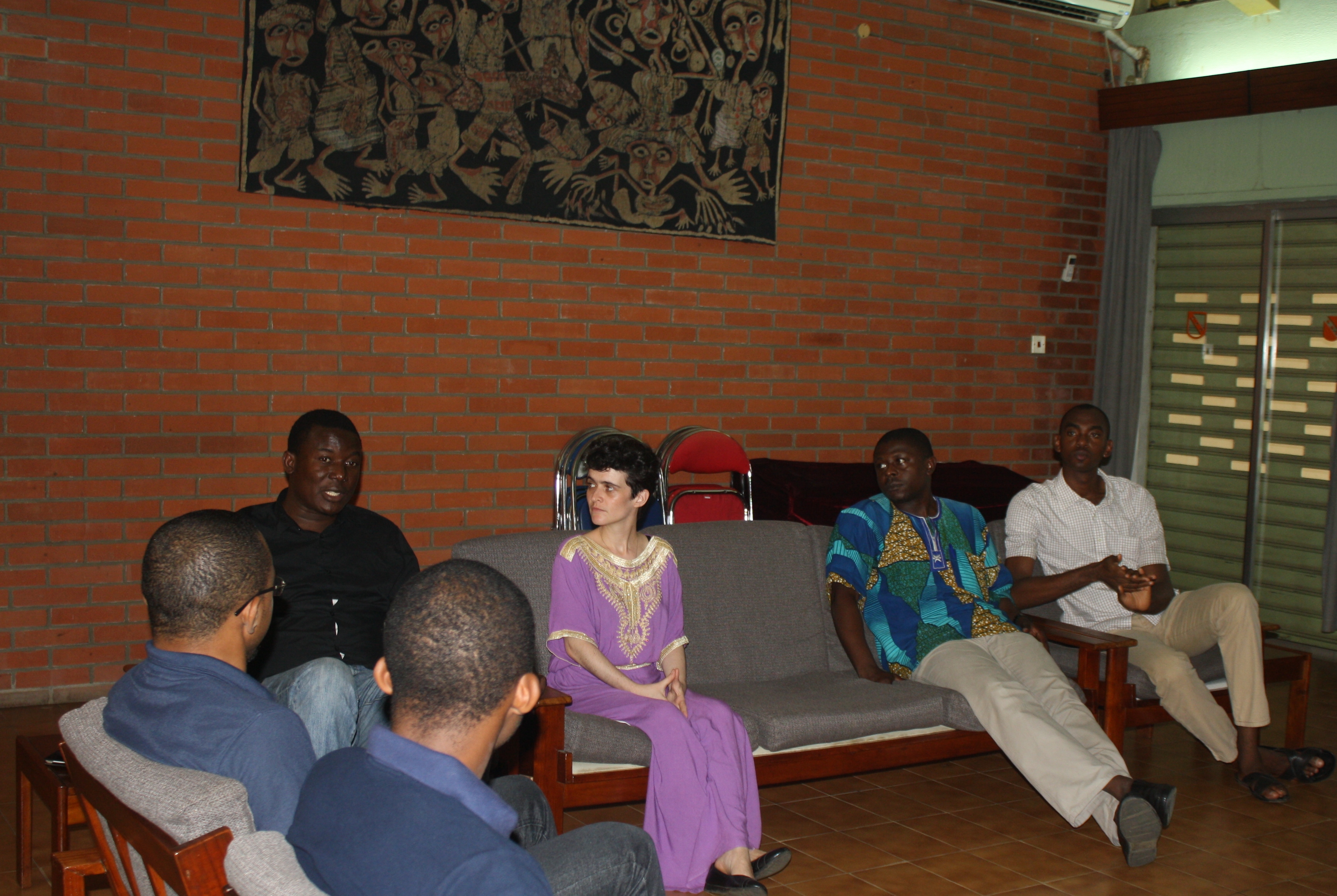 Laila and Kola engaging some students in Irawo, a private hall of residence affiliated to the University of Ibadan, Nigeria during a road tour to promote YorubaNames.com in July. Image used with permission

As part of their research into the keyboard's development, Laila and Kọlá went on a road tour that took them to the cities of Ibadan and Lagos. Even though Yorùbá isn't only spoken in Nigeria, the keyboard is aimed at Nigerian Yorùbá speakers, Laila stressed:

It's important to note that, although Yorùbá is also spoken in neighbouring Benin Republic and marginally in Togo, we are using the Nigerian official orthography and targeting Nigerian and English-speaking diaspora users (for now). There are a couple of reasons for this: Benin Republic uses a different official orthography for Yorùbá but it is seldom used, as scholars and students import books from Nigeria and have become more familiar with the Nigerian standard – this issue is a bit controversial in academic circles in Benin Republic. Besides, very few speakers of Yorùbá in Benin are literate in the language, as it is not taught in school at all other than in specialised programmes for linguists and as part of (rare) adult literacy classes. Finally, keyboards in Benin Republic are made on the French model, but this would be easily solved by adapting the template. We aim to extend our audience to Beninois people very soon by translating the platform into French and hopefully serve their technological needs more adequately.

Although it originally focused on Yorùbá, the keyboard eventually expanded to Igbo, another major Nigerian language. Laila explained:

When we started sharing the keyboard layout on social media and encouraging our community to use it, we received a number of requests from Igbo speakers to make a similar product for their language. It turns out that Igbo orthography is very similar to Yorùbá, in the sense that it also includes grave and acute accents as tone marks, as well as subdots. Since Igbo requires only a couple of extra characters (ị, ụ and ñ), it made sense to add them in the updated June 2016 release.

The keyboard aids users to switch from English to Yorùbá and Igbo, and is adapted for both Mac and Windows operating systems. Laila gave a synopsis of the unique features of this keyboard:

The keyboard enables users to type English, Yorùbá and Igbo without switching language preference settings. The key combinations to type characters such as ṣ or á are easy to memorise which makes for a fast learning process. It's available for Mac and Windows and we're hoping to develop a Linux version and mobile solutions in the future. Also, it's free :)

In a country where ethnic narratives are often characterized by hate, a project that seeks to immortalize Nigerian native languages using online tools is more than heartwarming. This is especially instructive because languages are the purveyors of culture and all the other aspects of the identity of a people.