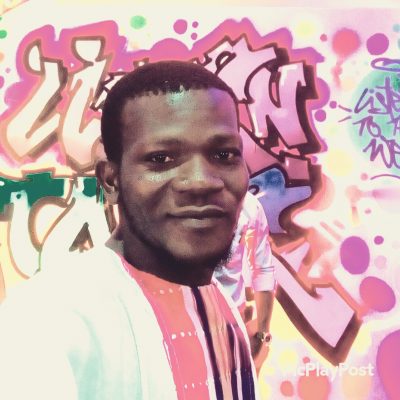 In 2019 as part of a social media campaign to celebrate linguistic diversity online, African language activists and advocates will be taking turns managing the @DigiAfricanLang Twitter account to share their experiences with the revitalization and promotion of African languages. This profile post is about Adéṣínà Ayẹni AKA Ọmọ Yoòbá (@yobamoodua) and what he plans to discuss during his week as host.

Adéṣínà Ayẹni otherwise known as Ọmọ Yoòbá is a journalist and cultural advocate who took up the socialization function of the media through the preservation, dissemination and transmission of the Yorùbá cultural heritage both online and offline. As a voice over artist, he has produced uncountable Yorùbá advertisements for Nigeria radio campaigns and TVC. He's the founder of Yobamoodua Cultural Heritage, a platform dedicated to the propagation of the Yorùbá language and culture. Ọmọ Yoòbá is also the língua manager for the Global Voices Yorùbá site. He is a Yorùbá language instructor on tribalingua.com where he has tutors students all over the world. He has also worked with Localization Lab, an international community of volunteer translators and end users, developers and intermediaries who work together to translate and localize digital security and circumvention tools.

Ọmọ Yoòbá has written a book titled: Ẹ̀yà Ara Ẹ̀dá Ọmọ Ènìyàn, a compilation of labeled diagram of the anatomy and morphology of the human body and herbs that work wonders on each parts of the body. He is a research fellow of the Firebird Foundation for Anthropological Research.

Firstly, the interest of the Yorùbá language online is commensurate to that of online, because many native speakers had abandoned the language of their ancestors, they do not want to associate with the language.
Though there have been upsurge in the presence of promoters of the language online but the reception is not something to talk about. On the other hand, people seldom speak the language, even parents do not encourage their offsprings to communicate in the mother tongue. It is not a good thing for the development of the language. The status is not different online and offline, there is no support for the language like the official English language.

The ecological knowledge present in the Yorùbá indigenous language is too abundant to overlook or say, left to perish with time. Proverbs and ancient stories are insights into the theory and philosophy behind the Yorùbá heritage and language. These unique identity must be preserved due to its importance to the development of the world.