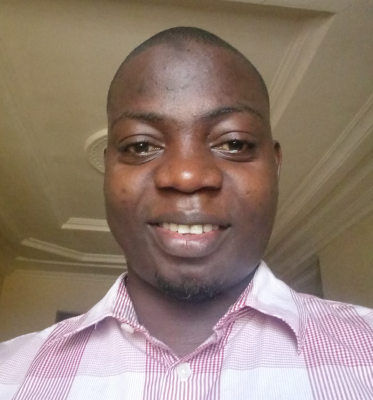 In 2019 as part of a social media campaign to celebrate linguistic diversity online, African language activists and advocates will be taking turns managing the @DigiAfricanLang Twitter account to share their experiences with the revitalization and promotion of African languages. This profile post is about Mazhun Idris (@HausaTranslator) and what he plans to discuss during his week as host.

I am a freelance localization professional, a sociolinguist, and a web search analyst with fifteen years of career. I am both an entrepreneurial and volunteer linguist with several media and tech organizations. I am a bilingual author and editor, who published academic research on Hausa orthography and Nigerian social media spaces. With a degree in economics and proficiency certificates in Hausa and Arabic languages, I was previously an executive in a media communication firm in Nigeria. I have also served as supervisor and cultural adaptation specialist for content marketing, advert placements, TV, radio programs, and social media blogs. I was once the a Country Advisor for CIRF Project by Zephyr Institute in Washington DC, where I advised on religious freedom online advocacy targeting Hausa-speaking West Africa, and managed the project’s Hausa language social media channels for one year. I am a member of American Translators Association, and the Nigeria Institute of Translators and Interpreters.

Hausa enjoys a lot of attention due to its wide usage in a dozen countries, the high number of Hausa users on digital platforms such as news blogs and social media, and the ongoing conflicts in the Hausa-speaking parts of the world. There are different projects on Hausa language including by giant digital companies like Facebook, Nokia, and Amazon. The following are a few organizations I have consulted for on Hausa language and culture, such as Datamundi – Neerlinter, Appen Global – Australia, Visual Data Media Services – Hollywood, USAID/Breakthrough ACTION Nigeria, and What3words.com – London.