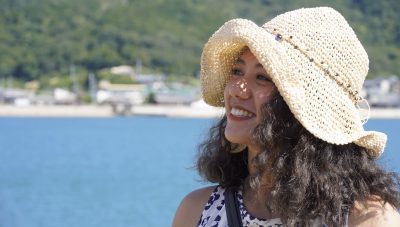 Each week, the upcoming host will answer several questions about their background and will give a brief overview of their language. This Q&A is with Tuhi Martukaw (Jocelyn Ting-Hui Hung Chien) (@JocelynJinumuTW) who will provide a sneak preview of what she will be discussing during her week as host.

I am an Indigenous woman from the Kasavakan Community of the Pinuyumayan Peoples in Taiwan. I currently act as the coordinator and founder of the LIMA Taiwan Indigenous Youth Working Group, a freelance journalist and researcher, as well as a Ph.D. student in communication studies. I am an active Indigenous rights defender at all levels.

I was the co-chair of the Global Indigenous Youth Caucus, which is a working group formally recognized by the UN Permanent Forum on Indigenous Issues from 2010 to 2015. I founded the LIMA Taiwan Indigenous Youth Working Group in 2013 with the vision to connect the indigenous youth across the borders and continents, to share views and experiences, to contribute in the struggle of their rights and to build up their capacity to shoulder the responsibility of carrying on their cultural heritage and advocacy for equality and justice.

The Pinuyumayan language is identified as an endangered language by UNESCO. Only some people who are over 50 years old could speak and use the language fluently in daily conversations, while very few youth have the capacity to speak the language.

Unfortunately, I am among those who cannot speak our own language. Although there are policies and programs to facilitate the preservation of the language, the efforts failed to bring the language back to people's daily lives but rather make the language as merely a subject to learn not a vehicle to pass on traditional knowledge. Therefore, it is rarely used either online of offline.