Join us for cross-regional online exchanges about language digital activism

Bringing together insightful voices from these communities using technology and the internet for indigenous language revitalization. 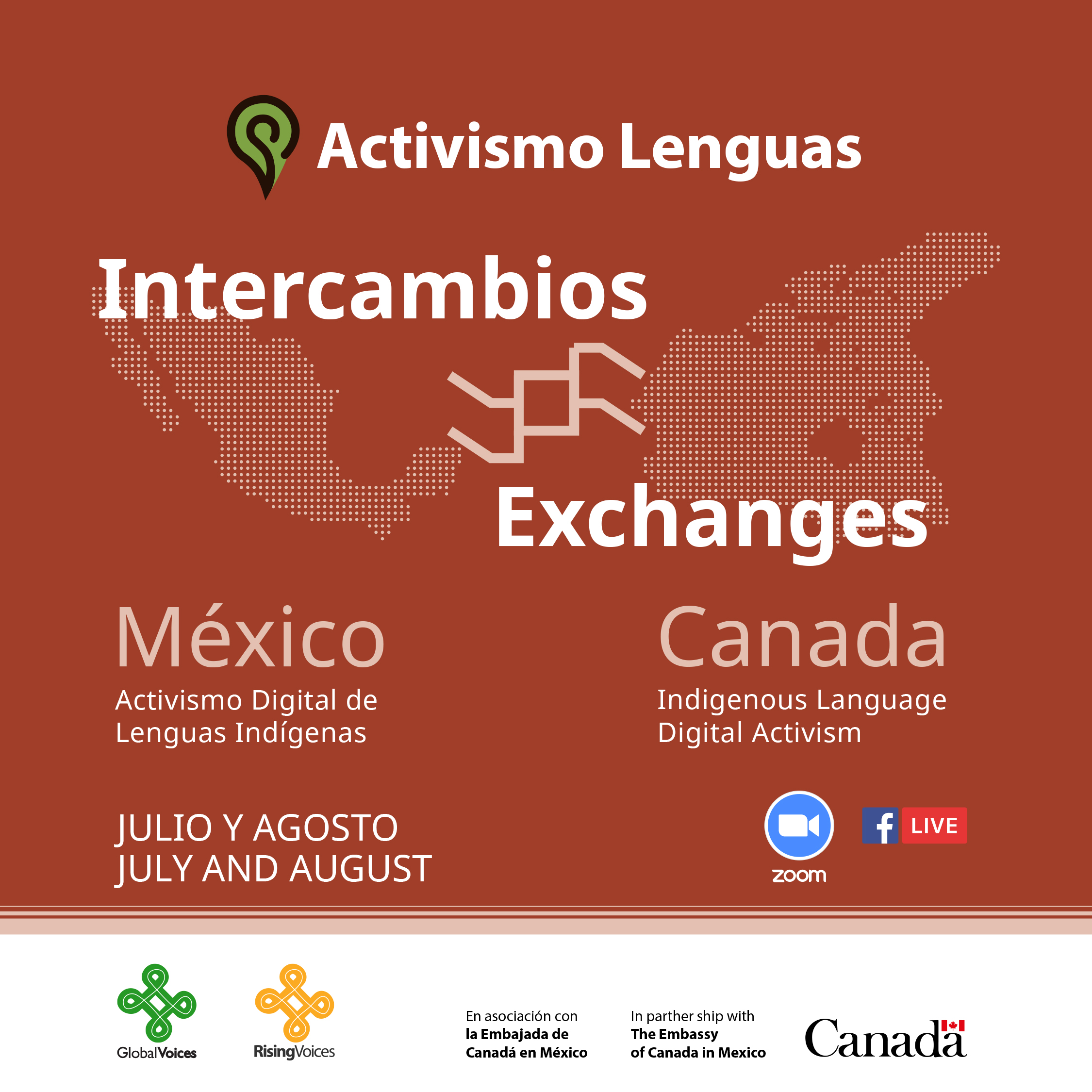 Global Voices, through its Rising Voices initiative, with the support of the Canadian Embassy in Mexico, presents a series of online conversations focusing on how indigenous communities in Mexico and Canada have been adopting technology and the internet as tools to promote and revitalize their native languages benefitting and impacting a new generation of potential speakers. These conversations will be an opportunity to engage with key language activists and advocates from Mexican indigenous and Canadian First Nations communities who have been utilizing the internet, digital media, and technology to promote and revitalize their languages. The conversations will also highlight possibilities for cross-regional learning and exchange.

The series will take place over a six-week period in July and August, 2020, in two formats: Zoom roundtables and live streaming programs designed to maximize interactions from users on social media.

These conversations are a part of Rising Voices’ Activismo Lenguas initiative, which supports language digital activism across Latin America and facilitates the creation of peer learning networks.

Roundtable #1 – “What does the future hold for indigenous languages online in the context of the COVID-19 pandemic?”

Indigenous communities have been on high alert since the start of the COVID-19 pandemic in March 2020. One of the most vulnerable and at-risk groups is the elderly, who, in indigenous communities across the Americas, are often among the few remaining speakers of endangered languages. The pandemic has therefore heightened the urgency of working to prevent language loss.

With many across the world confined to their homes and seeking to use the time to acquire new skills and knowledge, some enterprising language activists have taken the opportunity to promote the learning of their languages by offering online classes. Other language advocates and activists have helped produce or translate informational and educational resources to raise awareness about the coronavirus, many of which have been shared online or distributed through digital platforms.

As we collectively move into this so-called “new normal,” what does this mean for indigenous communities trying to preserve their languages? How can we sustain the momentum of this period when more than ever the importance of reaching people in their native languages is even more critical? And what role can technology and the internet play in ensuring that language revitalization remains at the forefront?

At the recent UNESCO meeting in Mexico City to kick off planning for the International Decade of Indigenous Languages, one of the working groups focused on the role of digital technologies and indigenous media in the campaign. This theme was also echoed throughout the proceedings in discussions about the importance of reaching and involving young people, a key ingredient in language vitality.

Language digital activism has been playing an increasingly important role in the overall strategy of language revitalization. Young people have been employing digital tools and taking do-it-yourself approaches to creating content in their languages and outreach to others. Resources such as digital language activism toolkit in development is one such approach to building capacity for young leaders to play a central role during this next decade.

With approximately 18 months to go before the start of the International Decade and the continued focus on the potential of digital technologies and the internet, what are the strategies needed to take things to the next level? How can language advocates partner successfully with policymakers to make a meaningful impact?

Stay tuned, as we'll be sharing additional details including the names of the guests, time of the activities, and how to register to participate. 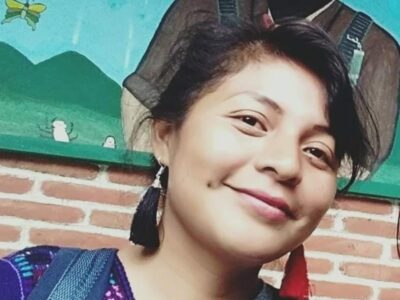 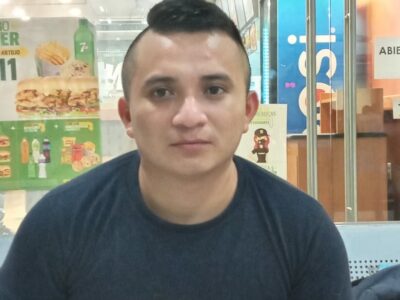 Announcements  26 May 2022
END_OF_DOCUMENT_TOKEN_TO_BE_REPLACED
Cancel this reply