The use of personal data in Aadhaar raises serious privacy concerns

The recent State of Aadhaar report that claims statistically that the Indian digital identity has mostly been beneficial with a negligible exclusion is in sync with the makers of the technology and largely the Indian government. However, perspectives reflected through interviews with marginalized communities and other stakeholder experts prove otherwise.

The report claims that 92 percent of the 167,000 surveyed people are “satisfied with Aadhaar’’ and 90 percent “trust that their data are safe in the Aadhaar system.’’

The report, however, did not address surveillance and risks to the right to privacy, which is crucial to the human rights and digital rights of India's population of 1.3 billion people (1.23 billion out of the total 1.3 billion people have enrolled for Aadhaar by 1 January 2020). The report was published by international consulting firm Dalberg Global Development Advisors with support from Omidyar Network.

The Indian government also often puts the state's national security above such individual rights, a concern that has recently been amplified with the ongoing discussions around the Personal Data Protection Bill of 2019 (read the proposed bill here) which can give the government agencies to access people's private data.

Aadhaar is a unique 12 digit number provided by a public organization Unique Identification Authority of India (UIDAI) that Indian residents can obtain by providing their biometric data and demographic data. Aadhaar is tied to a range of citizen beneficiary services, and logistical and technical issues have led to the exclusion of many marginalized communities. Similarly, the use of personal data in Aadhaar for authentication by public and private entities have raised serious human rights issues.

Unique Identity (UID) is used to tag Indian citizens with Aadhaar by centralizing a range of personal data (including biometric). Contrary to a popular misconception that Aadhaar is yet another “card” that provides the Indian citizens a form of identity, it is merely a number.

The 20 individuals — whose interviews form the basis for this report — are from communities that are marginalized on the basis of social and economic factors and are based in the Indian states of Odisha and Uttarakhand in four different locations. Five (25%) of the interviewees were women and two of those women were illiterate, whereas the male interviewees were all literate. Interviewees from Odisha were from two adivasi (indigenous) communities — Lanjia Sora and Jurai Sora, and the interviews from Uttarakhand were from low economic groups.

The other set of interviewees were key stakeholders including human rights lawyers and activists, litigators, ethnographers, and academic and other researchers.

As Aadhaar has been and is being linked to many citizen beneficiary services, authorities tend to use fingerprint scanning-based identification and authentication. Services like state pension or rations (food, fuels and so on) — or even subsidized healthcare — are received by individuals who are generally marginalized on the basis of age, literacy, access to public information in one’s own language, etc. Illness or manual labor can cause loss of or change in fingerprints which one might have to update periodically. Such a case can make a fingerprint-based authentication to fail.

‘‘For someone already part of a public system and already receiving their benefits, the complexity of getting everything connected through Aadhaar becomes burdensome,’’ shares a researcher-interviewee (who did not want to be named) who was studying the receipt of public benefits such as pensions and Public Distribution System (PDS), a federal government initiative to provide food and essential commodities to people in need with the objective of eradicating poverty) in rural Karnataka, Andhra Pradesh and Telangana. He adds, “people who do manual labor, or have an illness, or are in old age (or any of these combinations) often find their fingerprints are not detected or authenticated’’ while emphasizing how authentication using a mobile number or biometric (it has to be either in the case of Aadhaar) has many flaws, an issue researcher and human rights lawyer Dr. Usha Ramanathan and advocate Rahul Narayan also highlighted.

According to Dr. Ramanathan: “maintaining a valid mobile number or maintaining the same phone number used at the time of enrollment, failure of updating the number has led to exclusion’’ is a huge challenge, ‘‘the techno-utopians’’, the tech-savvy group behind Aadhaar – because of their own privileges, and lack of knowledge of ground reality – fail to understand.’’

Noted litigator Shyam Divan calls the Aadhaar system “dehumanizing’’ as it enables denial of rations to the poor over failure in fingerprint-based Aadhaar authentication. By November 2018, Right to Food Campaign activists in the Indian state of Jharkhand reported that 17 people had died in Jharkhand alone because of their failure to link their ration cards to Aadhaar – even though the State of Aadhaar report states that 80% of people feel that “Aadhaar has made PDS rations, MGNREGS schemes, or social pensions more reliable.” It is important to note that the failure, however small it might look in percentage terms, is massive in reality when you consider there are 1.3 billion people in India. “It took a year to get my Aadhaar card,’’ shares Manjula, a Lanjia Sora homemaker from the Gajapati district of Odisha who is in her early forties.

Former UIDAI chairman Nandan Nilekani who led Aadhaar's development in 2008-2009, detailed its three main pillars — Unique, Ubiquitous and Universal. Dr. Ramanathan, who was part of some of the discussions led by Nilekani was early to recognize that Aadhaar is not what it was designed for. He explained:

“It was clear from the beginning that the people who would suffer the most are the poor. As an untested technology that is being imposed on people, the whole project was shot from the shoulders of the poor without knowing if such an ID would work or not. Aadhaar is not a card but a number attached to a biometric. If the biometric doesn’t work, the number doesn’t work,” Dr. Ramanathan added.

Rahul Narayan, a lawyer in the Indian Supreme Court, feels that Aadhaar's design has a striking and dangerous similarity to the governance structures Stalin or Hitler created. Narayan is frenzied by the idea of accumulating personal data collected by public and private services using Aadhaar.

Lack of access to information surfaced as a huge marginalization factor in the field interviews. Ramani, a 70-year-old Jurai Sora lady from the Rayagada district of Odisha recounts how she and other illiterate folks from her village suffered during Aadhaar enrollment. They relied on bilingual officials and others for help in translation. “Public announcements are made by Endia,’’(originated from “India”, refers here to a bilingual person who brings public announcements to the people) shares Dinabandhu, an elderly Lanjia Sora male.

In a country with over 700 languages (only 22 are officially recognized) and a 74.8 percent literacy rate, only about 12 languages are used in the official implementation of Aadhaar. The claim of 92 percent of Aadhaar holders being satisfied with it and 90 percent of them trust that their data is safe with the government in State of Aadhaar seems highly ambitious and impractical.

Despite huge efforts to make Aadhaar the go-to ID verification for many public and private services, Section 9 of the Aadhaar Act 2016 – which addresses the use of authentication as a proof of citizenship and domicile – was called “unconstitutional” in an Indian Supreme Court verdict issued in December 2019. Many communities during these interviews were happy to have an Aadhaar “card’’ to themselves as an entitlement, and they now failed to imagine their lives without one. 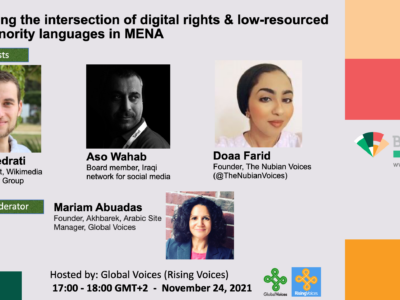 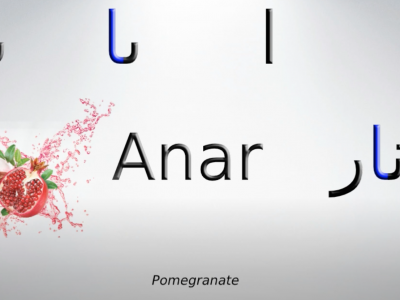