Join us on Tuesday, September 8 for this livestream 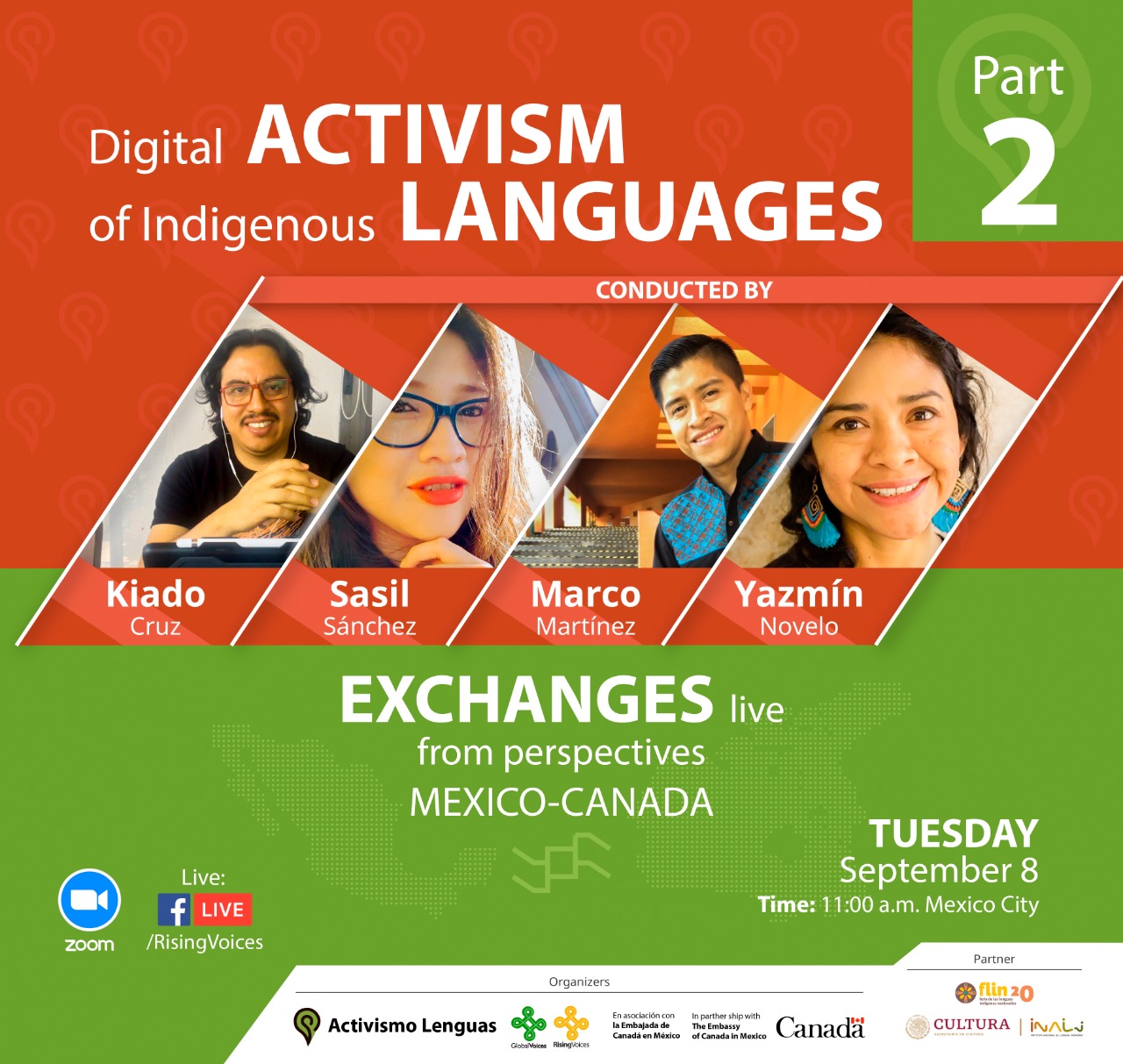 In conjunction with the Canadian Embassy in Mexico, please join us for the fourth and final session in a series of online exchanges focusing on how Indigenous communities in Mexico and Canada have been adopting technology and the internet as tools to promote and revitalize their native languages benefitting and impacting a new generation of potential speakers.

Join us on Tuesday, September 8 at 11:00 a.m. CDT for the Canada-Mexico “Exchanges” series organized by Rising Voices in collaboration with the Embassy of Canada in Mexico.

During this “Exchanges Live” streaming program, our team of hosts will guide us as we explore the opportunities and challenges for cross-regional collaboration between Indigenous and First Nations communities who are adopting and adapting technology and the Internet for language revitalization efforts.

In our previous discussions between Indigenous language advocates and activists in both Mexico and Canada, we’ve seen examples of shared concerns and urgency to halt language loss, similar approaches to digital activism, and matching commitment to their communities. However, we also heard how linguistic, technical, and socio-cultural challenges may be different across communities, as well as access to resources and connectivity.

With special invited guests, this program will focus on the potential for knowledge exchange and examine the possibilities to carry these cross-regional exchanges forward.

For those that would like to access the simultaneous interpretation option between Spanish and English, we strongly suggest you register for the Zoom session In addition, you can find the program streaming on the Rising Voices Facebook Page.  Please pre-register here to receive the Zoom link.