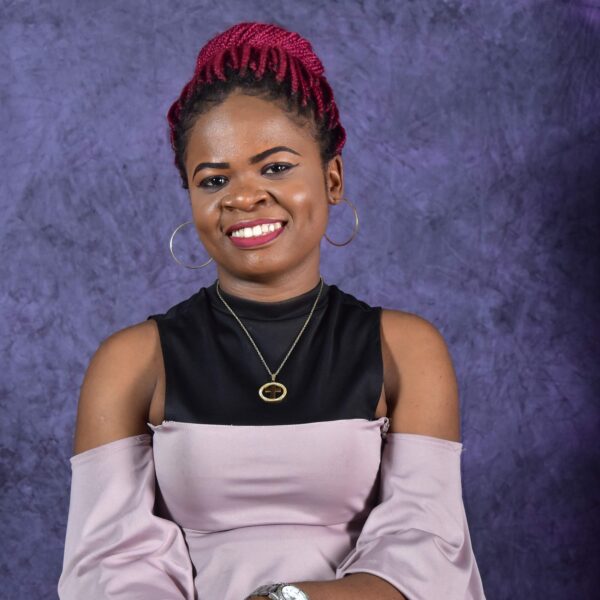 Photo provided by Lucy Chinyeaka Iwuala and used with permission.

As part of our ongoing series highlighting the work of activists promoting African languages in digital spaces, we would like to feature Lucy Chinyeaka Iwuala (@LucyIwuala) from Nigeria.

Lucy is a Igbo-speaker, a language used by approximately 30 million native speakers as their first or second language in Nigeria and other parts of West Africa. Much of her work has focused sharing knowledge through Wikimedia project, as a member of the Igbo Wikimedian User Group.

As a language activist, I love contributing my quota (no matter how small) to the digitalizing of various indigenous languages. In this bid, I participated as a Volunteer in a Translate-a-thon and Edit-a-thon of health articles into local languages for the Hackathon Audiopedia Project organized by RAIDAID NIGERIA.

I've also been involved both as a participant and facilitator in translate-a-thon and Edit-a-thon activities for Igbo Wikimedians User Group, an aspect of Wikimedia Foundation.

I've participated as a Volunteer in an Edit-a-thon event held on 9th February, 2022 at the University of Nigeria, Nsukka and facilitated the Launch of Igbo Wiki Fan Club, Alvan held on 5th March, 2022.

LCI: I wouldn't say that the Igbo language is at its peak or extinction, instead, I would say it's at it stage of regeneracy, thanks to the quest for the digitalizing of various indigenous languages. With this recent development by language activists, I believe there's still hope for my language, both online and offline.

What are your motivations for seeing your language present in digital spaces?

LCI: With the rate I see so many indigenous languages making waves in various sectors of the economy (both in the entertainment and health sectors), I begin to have a rethink and ask myself, why won't my language have such opportunity? You watch Chinese, Korean, Indian Movies, you see them promoting their languages by using their languages as the language of the movie without subtitles. Over the years, I see friends struggling to speak the Korean language, why? Because they watched them speak such in movies. There are so many instances that spurs me everyday.

LCI: This sense of inferiority complex of one language to another. The perception of English language is a superstrate while my indigenous language is a substrate. But come to think of it, who brought in this one sided stereotype? And this has made some parents to enforce their children to imbibe the former to the latter, believing that it's the gateway to being intelligent and smart for their kids and this now breed youths that are ignorant of their indigenous languages. Some that can speak their indigenous languages pretend not to know in order not to be seen as being dull or not updated.