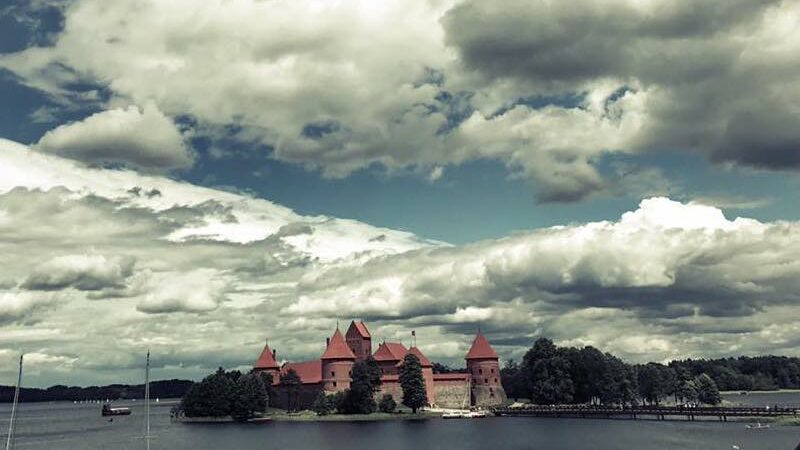 As part of our ongoing series highlighting the work of language advocates and activists promoting European minority and regional languages in digital spaces, we would like to feature Romas (@ChuluuBat) who has been working to promote the Karaim language, more specifically the Lithuanian dialect of the language called Trakai, by promoting the learning of the language in all types of spaces, especially online learning courses. Find out more about these efforts in the following e-mail interview conducted by Rising Voices

Romas (R): I am Romas, born and raised in Northern Lithuania. My mother tongue is Karaim, which I’ve spoken since kindergarten [especially at home]. Over time,  this language, once used mainly at home and/or among the very small Karaim community, all relatives, was gradually replaced with Lithuanian in secondary school in a more intensive and active manner of use. After leaving my hometown to study at the Vilnius University in the capital,  [majoring Russian philology], the amount I used Karaim started to shrink.

Here in Vilnius and Trakai, meeting and speaking to community members, mainly elderly people, gave me the chance to use the Karaim language, along with the religious services at prayer houses (called Kensa in Karaim), or some cultural communal activities at that time. Karaim was always colloquial [spoken], not written or even edited by me.

I still use Karaim, even if very rarely, I can think using it, compose writing in it, and the reason is because of my Turcological, philological etc. interests. As for me, I always remember that the Karaim language is an alarmingly endangered Turkic tongue of the Kipchak group, the less used non-official, non-native, un-transmittable, the dormant language, and situated in the most northeastern part of Europe.

According to a recent survey, less than 20 people, mainly elderly, in Lithuania can use, speak, understand and read the Karaim language. There are only a few people left in Poland too. The variety of Karaim in Lithuania is called the Trakai dialect of Karaim, or simply the Karaim language in Lithuania. There are another 2 dialects [extinct or almost no longer in active use]: Lutsk-Halich across Western Ukraine and Crimean Karaim. I do not count myself as a language activist.

R: The idea of starting diverse Karaim  language courses online mainly came to me during the pandemic. Some Karaims or representatives of Karaim origins, mainly living out of the mainstream Lithuania or Poland, took the initiative. The common teaching language was English — probably for the first time in my experience — including some separate short courses for kids, individual courses [one- or two-to-one] of Karaim liturgy readings and daily conversations in larger groups [5 to 8 people].

Starting almost at the same time like my courses, there was and still continues to be an online Karaim language course for those living in mainstream Lithuania [the majority] and Poland, using Russian, for adults, held by an experienced English teacher [a native of Lithuania]. At the moment my Karaim course is suspended. We still have a weekly online reading with a member of the Crimean younger generation [who just moved from Crimea to Lithuania]. And this is a kind of transmission to the next generations or, simply, continuity for tribespeople who are extremely interested in Karaim issues. At the moment, this project includes the reading and philological explanatory analysis of the original autobiographical verses of the grandpa of one of the course attendees.

The inherited written family work mentioned above is typed in Latin letters, and was never discovered or discussed before, while, at the same time, both sides — the course leader and attendee — can experience this unexpected feeling of the language of their ancestors, which can make feel them a part of  continuity of the miraculous effort to keep the language alive. In recent years, there has been a lot of research  in Turkey and Poland making priceless contributions to Karaim language acquisition. One of the greatest projects of documentation of written Karaim heritage is being implemented in Poland in the framework of a larger European project, and is going to be finished in 2024. It includes the different Bible translations into Karaim dating back to the 18th or even 17th century. 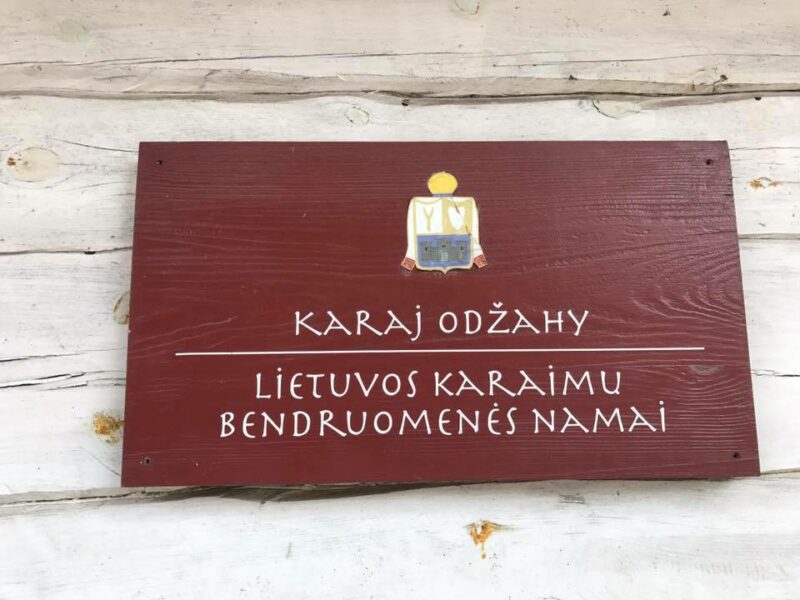 Photo taken by Filip Noubel and used with permission.

R: The most inspiring motive should be the feeling of being proud and sense of dignity of the inherited ancestral language — one's mother tongue — which survives and continues to live for almost six centuries in an unwritten manner, in a totally different environments; the language which conserves in it the most archaic and pure genuine Turkic lexical units.

RV: Describe some of the challenges that prevent your language from being fully utilized online?

R: The main reason that prevents Karaim language from being utilized online is the absence of motives, intentions and keen desire in even small numbers of individuals. The challenges are not only in the lack of or extremely small numbers of Karaim language learners. When one grows up in the family of pure Karaims [blood related], and even grandparents, and their descendants [parents] don't make even the slightest moves towards the use and explanation of their cultural heritage — language, customs etc. — and, on the contrary, are just trying to neglect and cover their own cultural identities.