Beyond Infrastructure: digital safety needs for an isiZulu speaking township school in Johannesburg

Resources and training programs on Indigenous languages like isiZulu, are essential for supporting student's safety online 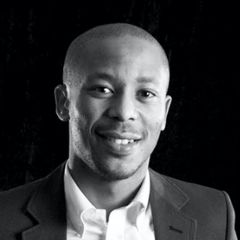 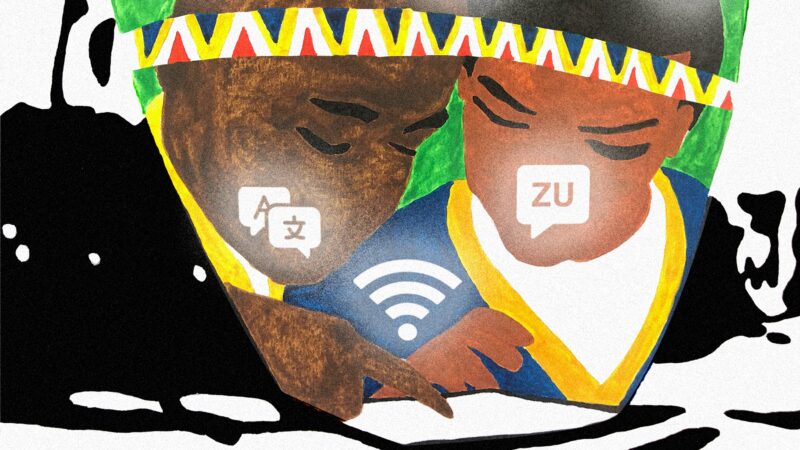 A version of this article is also available in isiZulu

It has been 31 years since the internet started to be used in South Africa. However, for Emseni Primary School, in Soweto, south of Johannesburg, the possibility of accessing it has just arrived this summer of 2022. It is a state-owned school with over 500 Black learners, where they learn in isiZulu, the school’s first language, and in English where teachers choose. The recent arrival of the internet is a relevant and historical moment to think about the digital security needs and desires of isiZulu speakers, teachers and young learners.

As an isiZulu speaker, artist and language activist, I conducted research that aimed to identify communication patterns between the school and the department with regards to infrastructure and internet connectivity. I learned from focus groups and interviews with the School Management Team, the School Governing Body’s representative, and the school’s administrator, who is the person with more technical understanding of the internet infrastructure at the school.

It is important to note that this research concluded a couple of weeks before the internet arrived at Emseni Primary School. Before this happened, my questions focused on learning about the challenges that teachers and learners were facing due to the disparity of access in South Africa, which has left many township schools in Soweto without access to digital tools. Despite the recent changes in the scenario, these questions are still present and just as relevant. It is my hope that sharing my learnings and analysis from the school’s teachers’ experiences and their reflection on access and digital tools will contribute to further ideas and next steps towards a safe and meaningful use of the recent access to connectivity. Particularly, considering that the school has been operating without a school library since its inception in 1972, I think the possibility of learning with a safe and secure internet connection for schools like Emseni could mean that teachers and learners will be able to access more information, specifically in their Indigenous languages.

My key observations from this research are that there is a lack of internal communication between teachers and the Education Department. On the other hand, the department has not been keeping its promises on providing cell phone data to the teachers (three Black males and 19 Black females). Furthermore, the resources, which include six laptops and fiber internet infrastructure, that have been made available by the education department are underused. Before jumping into more detail and further ideas, I will share my relationship to Soweto, the school, and the historical context in which these questions are located.

Soweto and the unequal access within the City of Johannesburg

Soweto is a township of the City of Johannesburg in Gauteng, South Africa. Its name is an English syllabic abbreviation for South Western Townships. Created in the 1930s when the white government segregated Blacks from whites, Soweto is now made up of 32 townships clustered together. With a population of over 1.2 million ,  98 percent Black, the cultures and tribes represented make Soweto the largest Black township of its kind in the country. The most spoken languages are isiZulu (37.1 percent), Sesotho (15.5 percent), Setswana (12.9 percent), and Xitsonga (8.9 percent). Other languages make-up the remaining 25.7 percent. On May 17, 2019, Telkom embarked on its first major fiber connection investment into South Africa’s schools. On that day, Orlando West High School was the first in Soweto to receive a fiber connection. “Our focus is to ensure that many South Africans are connected to quality and fast internet. With more people connected, the less the data will cost,” said Telkom CEO, Sipho Maseko, at the activation.

Growing up in various regions within Soweto, I was exposed to children who spoke languages different from my home language: isiZulu. Some of the children I became friends with came from impoverished homes, others from affluent homes. This gave me a better perspective about my own upbringing as I grew older. I was then fortunate to get a decent education in the suburbs of Johannesburg. On rare occasions, when I didn’t have school to attend, I would accompany my mother to her work at Emseni Primary School. I developed close relationships with the teachers and the learners there. It was then that I noticed the difference in infrastructure between schools in townships and those in suburban areas.

ALT Advisory’s Avani Singh is of the view that “Differences in access between urban, peri-urban and rural schools may also constitute unfair discrimination between learners.” Considering this unequal access for peri-urban contexts, there are 261 primary schools and 64 secondary schools in Soweto, and Emseni is only one of them. While it is relevant to mention this as a limitation of the study (considering the larger population of isiZulu speakers and schools that are not covered in the research) it is also relevant to mention that Emseni is likely a representative of other schools left behind on infrastructure.

In the 2020 press release, Singh points at the problems behind the poor internet access amongst township schools: “These include limited adherence to policies by state actors, a lack of coordination and inefficient implementation, poor infrastructure and inadequate facilities, a lack of adequate training and IT support for teachers, and an over-reliance on NGOs and private actors. The failure to reach these targets may constitute a violation of the right to education in South Africa’s Constitution and in international law.”

Furthermore, this lack of adequate internet connectivity and computer hardware at Emseni Primary School has put teachers in precarious positions. Teachers are forced to buy their own data to perform professional tasks. The school has six laptops and mobile phones which are the property of the state’s education department. Various risks arise when a teacher who is using a state-owned mobile phone goes off duty and has to handover the device to another staff member. This raises health and digital security concerns, such as passwords safety, security of sensitive information, school equipment landing in the wrong hands, disease or virus contaminations. “It's difficult,” said one of the school’s participants in a focus group. “ I have to spend on data to attend meetings on Microsoft Teams. Laptops are provided by the school through fundraising and donations.”

According to the DIY Online Safety website, “While surfing the web, sophisticated technology is collecting data on you through email providers, mobile-phone apps, search engines, browsers, social-media messengers. In the hands of your abuser, this information could endanger your personal privacy, your control over your identity online and your access to free information.”

South African daily newspaper The Citizen's tech reporter Faizal Patel wrote, “Because we’re online daily and for long periods of time, the risks of being a victim of cyber-attack via the internet are increasing.” He went on to cite Pankaj Bhula, Regional Director for Africa at Check Point Software for saying the pandemic has intensified the use of the internet more than ever. “For this reason, it is important to know the dangers we are exposed to every time we perform tasks such as browsing sites or downloading an application, and to stay protected with a prevention-first stance to avoid putting our data at risk,” says Bhula.

Indeed, electronic devices are an integral part of their users. Each user accesses their private information using passwords. There is a tendency to use the same passwords for different applications. It may happen that a teacher uses the same password and sets the device to remember that password. That teacher’s privacy becomes at risk should they have to unexpectedly share the device with another person. “Only admins have access to laptops. Meetings require that we meet around one laptop. Can be six of us at a time,” said one participant.

Considering what I learned from this context, I foresee important changes happening with the arrival of the internet at Emseni Primary School. For example, teachers will potentially manage their tasks better and have access to more relevant content to share with learners.

Even though the learners have limited access to the internet at the moment, I imagine the teachers will be extending their communications with the use of the internet and contributing towards the advancement of Indigenous languages online. However, technical access on its own is not enough, and, alongside these changes, I foresee challenges that need to be considered. For example, how will teachers learn about digital security? What will be the limitations if there are no isiZulu resources available to them? Who would they turn to?

To overcome these challenges, I suggest the following recommendations based on my learnings from this study:

Research has shown that the learners’ first language is the optimal language for literacy and learning throughout primary school. “Learners whose primary language is not the language of instruction in school are more likely to drop out of school or fail in early grades,” writes Jessica Ball for Global Partnership for Education. These are basic educational and digital rights — not luxuries or, as it were, “nice-to-haves.” Moreover, these rights must also apply to the student digital learning process: resources and training programs on indigneous languages like isiZulu are essential for developing digital skills and supporting their security and safety online. Better communication and decisive action from the teachers and the education department is needed.

Not providing township schools with proper infrastructure puts the futures of learners at a disadvantage, and their Indigenous languages will become irrelevant in a digital age. By “infrastructure” I do not mean computers, wires, and routers to access the internet, but the needed knowledge to engage with it. Learners in township schools are relying on the teachers and the education department to communicate better and take action towards prioritising digital access and security in schools. If you are an investor or someone with access to funding I urge you to come forward and help make schools like Emseni become the springboard to a promising future for the young eager minds of tomorrow.

When I began my research to uncover the underlying problems behind Emseni’s lack of access to a safe and secure internet connection, I didn’t anticipate that this layer of the problem would be resolved as quickly as it did. Now I claim it is necessary to care about the other layers of access that remain as important: the understanding of information and digital security educational resources in isiZulu that will support the students and teachers at this new stage of the school.

Learners in township schools must get the same quality of education as learners in suburban schools do. Wouldn't you say young isiZulu speaking learners need more content in their language and deserve access to the internet?

I must thank the Emseni Primary School staff members for their willing participation in the research. Also, my gratitude goes to the Rising Voices team who provided their expertise and resources required to make this research possible.