Ever since the women bloggers of Nari Jibon opened their own blogs they have been prolific in their writing and publishing of pictures. In this post we will experience Bangladesh through the eyes of Nari Jibon's bloggers, learn more about some of the people behind the program, and how Nari Jibon is making a difference with its activities.

Mohtarimun Nahar (Bipa), the English teacher who likes to portray the lives, culture and nature of Bangladesh in her blog Bipa's Prokrito Bangladesh (Bipa's real Bangladesh), shares with us some stunning pictures of Sunderbans, a mangrove forest. 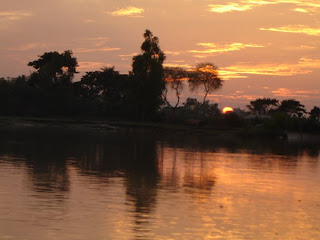 Nilufa Anne writes about her trip to Cox's Bazar sea beach and posts some photos in her blog Shristi Kotha (“Creation Talks”), including this scene of sunset: Sundarbans and Cox's Bazar Sea beach are currently both listed in the top three in the new seven wonders of the world competition.

Sufia writes in her blog Moner Janala (Window of the mind) about her brother who is supporting her family:

I have father, but he doesn’t live with us. I have mother. She is a housewife. My brother is only on earning person in our family. Our family depends on him. But I don’t know about affection and love of my father. My brother loves me so much. He believes me. He is working hard for our family. He is my brother, he is my father, he is my friend and he is my all.

Zannat Ara Ahmed visited a world heritage site, the Lalbagh Fort of Dhaka and writes about it in her blog Zannat's World:

The Lalbagh Fort is an important Moghul monument of (the) 16th century. The Fort has many monuments. Such as: there are three dome conspicuousness, mosque, pari biby’s shrine, audience-hall, soldier-barrack, main gate, gutter extraction to drainage and have an underground system etc. The Lalbagh Fort’s has a very nice and big garden. This Moghal garden is amazing.

Poly maintains the blog, My dream. She shares the cactus she grows in her garden: 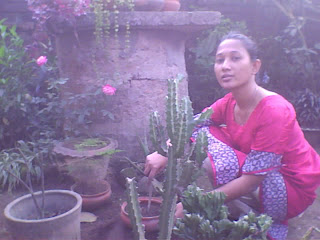 Afrin shares a picture of sunrise and a Bangladeshi village she drew on paper: Many of the Nari Jibon bloggers continued to write poems in increasing numbers. Shahida Islam Mony recited her own poem during the Narijibon blog workshop on flickr.

How did all of these new bloggers learn how to share their lives with the rest of the world? Here is some more information about the people in the background of Nari Jibon:

A good friend of Nari Jibon and an icon himself Shawn features Nari Jibon's co-founder Dr. Kathryn Ward in his blog Uncultured.com:

At first blush, the Nari Jibon project is a skills training center for women. But it’s actually much more than that. Dr. Ward believed that – because of the unique challenges women face in Bangladesh – female economic advancement and job opportunities are severely limited.

What Dr. Ward wanted to do was not only help low-income women move up the ladder – but also create new opportunities for them. Shawn and Kathy during an workshop in Nari Jibon

The way Dr. Ward was able to put theory into practice is by using technology. Nothing fancy – just stuff most of us take for granted like old computers, old camcorders, some webcams, and a digital camera or two. The computers were donated from a variety of foreign agencies that wanted to get rid of their obsolete stock of computers. Using these old computers, Dr. Ward was able to setup a computer lab and training facility. I’ve dropped by a few times and I’ve seen these students do things with MS Word I wasn’t even aware you could do (like professional-level graphic design for brochures).

The thing is that – even though Nari Jibon is relatively new (just a few years old) – it’s already had a few success stories. I seem to be learning of a new success story everytime I visit this organization: like the former illiterate garment worker who now is a computer-using administrative assistant for the United Nations Development Programme, or the former illiterate “iron-man” garment worker who is now a skilled and literate administrative assistant (and now working for the organization), and the dozens of women who (at first) didn’t even know how to turn on a computer but are now proud bloggers. 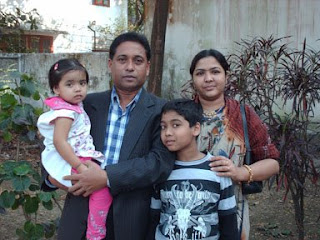 Narijibon's project director Kazi Rafiqul Islam writes about his love life, and family in his blog (including photos):

In my student life (specially when I was studying in college and university) I saw many unhappy families, bad relationship of husbands and wives in their conjugal lives that lead me to make decision of not getting married. I really decided not to get married but when I saw Tora (My wife later) I forgot about my decision. It seemed to me that time that this is the girl whom I was looking for throughout my life. Nari Jibon's computer and blogging instructor Taslima Akter Toma attended the Youth Human Rights and Journalism Camp 2008 with secondary school students in Savar, near Dhaka, where she attended a workshop on blogging.

Participants came from four different districts (Khulna, Comilla, Chittagong and Dhaka) of Bangladesh and there were more than 22 students with teachers joined in my session. I presented how to start Blog, different blogging software, facilities of Blogging, photo Blogging, video Blogging, etc. So that students can start Blog and express their self as a Blogger. All the Students were very much enthusiastic to know about Blog as a new thing. 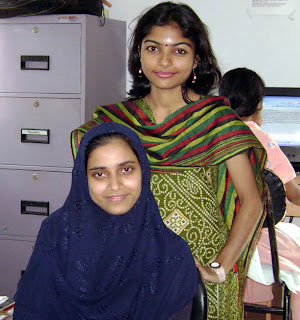 You can learn about about Taslima in Zannat's tribute to her who says Taslima is her favorite teacher.

Golam Rabbany Sujan, in charge of research and field operation of Nari Jibon shares with us some visible results of the Nari Jibon blogging activities:

Blogging improves students’ knowledge, internet use, writing and computer knowledge. Some students already have started working in the several sectors.