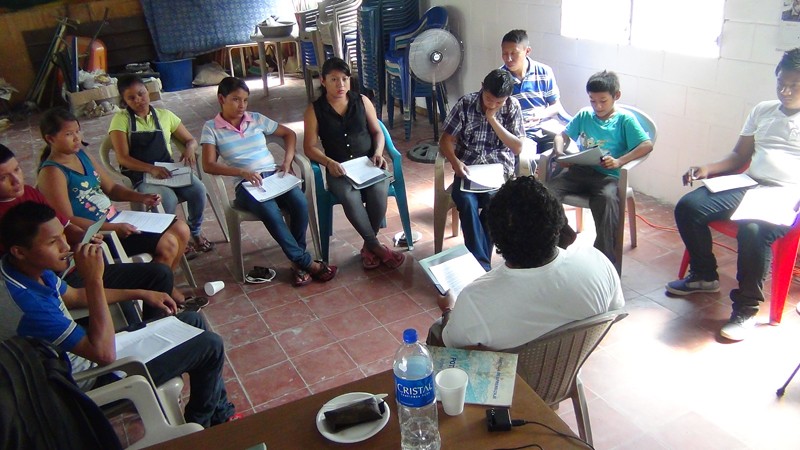 This is the third update about our project, a beneficiary of the micro-grants for indigenous language digital activism. The grantees who are part of this initiative write articles highlighting their progress.

A group of young people, members of the Association of Lenca Communities of Guatajiagua (ACOLGUA), organized the recording sessions and an introductory course in journalism, based on indigenous communication.

Given the interest by the young people to participate, and under the responsibility of some members of the ACOLGUA Board of Directors, the three sessions began, marked by a dynamic and interactive learning experience based on trust and mutual respect.

The learning materials created by the young people will be part of a digital booklet for the revitalization of the Potón language.

During these sessions and using the methodological booklets made for this learning experience, different strategies were developed to reach two objectives: one, the management of digital tools such as the computer and voice recorder; and two, putting into context the different phases in conducting interviews and writing journalistic notes, using digital radio. 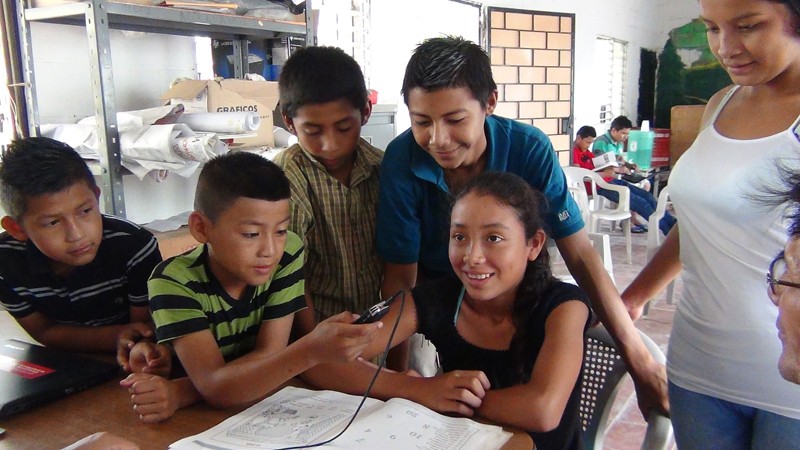 Also, in order to address another objective, the digitization of the booklet for Potón language, a consultation was carried out to decide which lessons in the booklet will be digitized using the voices of the young participants, e.g., lessons about house components, numbers, body parts and other basic concepts in the Potón language.

One of the innovations during this project is the redesign of the existing booklet of Potón that was the basis of this process, and which was made by the fifth year students at the Don Bosco University in the Graphic Design department. The students visited the two communities and learned about the situation in those places in a direct way; this made them realize the importance of strengthening the “Cultural Identity” focused on the native language.

Members of the communities and main actors within their municipalities, such as mayors, governors, members of the educational community, along with representatives of the Ministry of Education will be invited at the presentation of the booklets of Potón and Pisbi languages, and native languages from the eastern part of the country will also be highlighted.