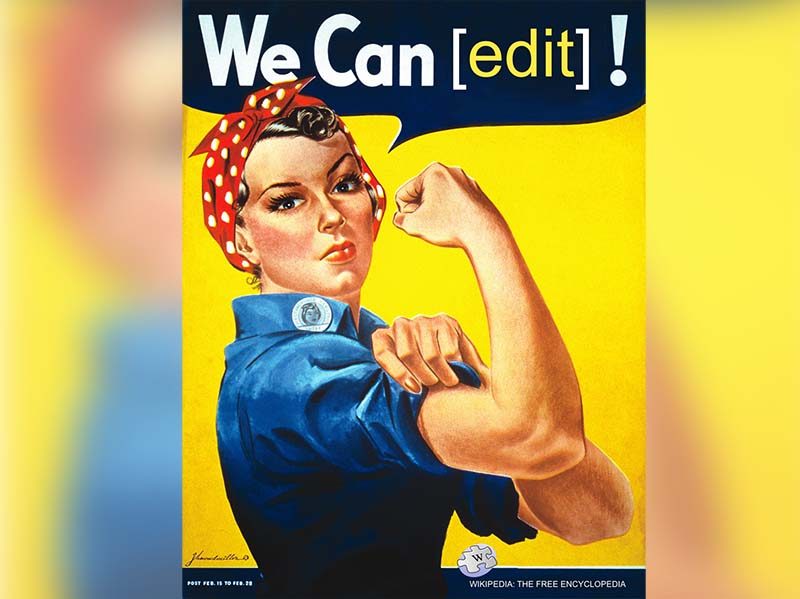 A parody of the famous “We Can Do It!” poster. A derivative work by Tom Morris via Wikimedia Commons. Public domain.

The Wikipedia article on “Gender bias on Wikipedia” states matter-of-factly that numerous studies and surveys have found that “a dominant majority of Wikipedia editors are male,” citing the figures of anywhere between 85-91.5%. It’s a cause for concern for both the community at-large and the Wikimedia Foundation, the entity that manages the world’s largest free online encyclopedia, because this demographic disparity may contribute to a systematic bias found in its content.

The Wikimujeres (Wikiwomen) project has been working in Spanish and Catalan-speaking countries to help change those demographics. According to their website:

We are group of Wikipedia users concerned about the diversity and neutrality of Wikipedia and we are willing to work to reduce (and in the future eliminate) the gender and culture gap that exists on the most widely consulted encyclopedia on the internet.

Their goal is to involve more women as active editors who can also contribute more content related to women, such as biographies, as well as content created by women editors in the developing world. Holding weekly meetings in two locations in Madrid and Barcelona, outreach plays an important role in the form of trainings and “edit-a-thons,” which are organized, often in-person events designed to work collaboratively on creating new or improving Wikipedia articles. 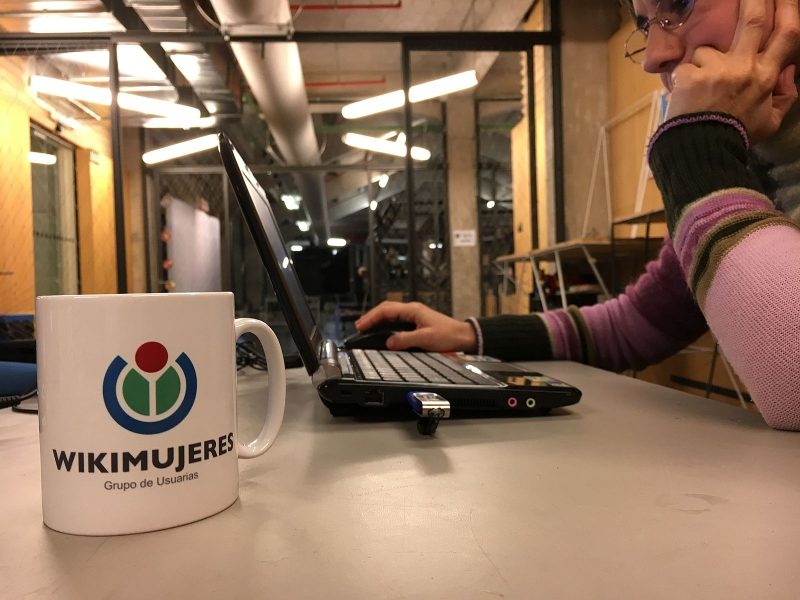 Recent edit-a-thons focused on adding new articles about women photographers and women scientists were co-organized by Wikimujeres and were held at the Medialab-Prado in Madrid.