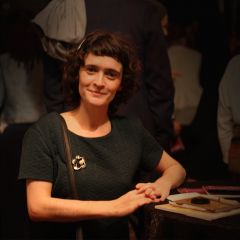 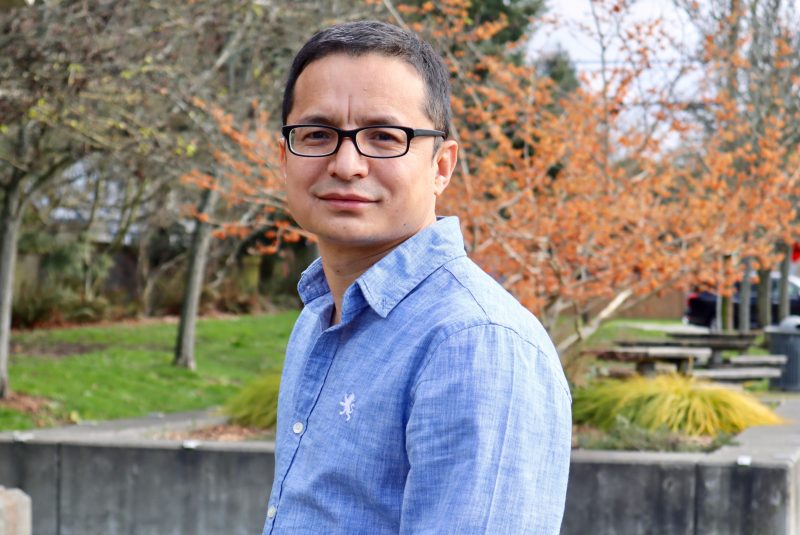 Dr. Subhash Ram Prajapati, an ethnomusicologist and a passionate advocate for the promotion of Newar culture. Photo courtesy of Dr. Prajapati.

Now in its third edition, the @AsiaLangsOnline campaign supported by Rising Voices, the Digital Empowerment Foundation and the O Foundation, welcomes a new set of language activists who will be hosting week-long Twitter discussions on revitalization and promotion of minority languages in Asia.

To inaugurate the 2021 edition of the social media initiative, Rising Voices spoke to Dr. Subhash Ram Prajapati (@jwajalapa) over email about his extensive experience developing digital tools for the Nepalbhasa (Newar) language. A prominent advocate for this language classified as “definitely endangered” by UNESCO, Prajapati has authored half a dozen books on the Newar language and culture and wrote his Ph.D. dissertation in ethnomusicology on Newar music.

After founding and participating in numerous initiatives around cultural preservation, including a news portal and a language learning club on Facebook, Dr. Prajapati is currently leading a Nepalbhasa digitization project. Most recently, the group launched an online dictionary containing close to 30,000 entries to date, making it the largest repository of linguistic data for this language, whether digital or in print.

With the COVID-19 pandemic hampering in-person learning programs, community efforts are underway to teach Nepalbhasa online, but this won't be enough to fill resource gaps. As Dr. Prajapati's research has shown, language advocates and educators have their work cut out for them:

This tension around waning language use isn't new. Nepalbhasa speaker numbers have been in decline for at least several decades, because of a range of oppressive language policies in the past, and communities have reacted by developing learning resources and courses, as Dr. Prajapati highlighted in our email exchange:

Nepalbhasa was once the national language of Nepal, however, the number of speakers and the use of the language has been declining significantly recently. According to the 2011 National Census of Nepal, there are 1.3 million Newars whose heritage language is Nepalbhasa. […] From 1952 to 2011, the percentage of the language speakers dropped from 75% to 22% in the Kathmandu Valley, which is considered as the origin place of the language.

The decline has been elevated in modern times but there have also been various efforts around the world to promote and revitalize the language. Many people are now working on creating different study materials and resources online to promote the language. Some municipalities in the Kathmandu valley have also started developing local courses in Nepalbhasa to teach in the schools.

Rising Voices (RV): What do you think are the biggest challenges facing your language community when it comes to digital communications or creating digital content in their mother language?

Subhash Ram Prajapati (SRP): Many people these days do not have the opportunity to learn and use the Nepalbhasa language in their home, school, or at work. Even fluent speakers find it hard to read and write in Nepalbhasa. Because of this, communication and creating digital content in the language has become very limited. There is only a small circle of content creators, and the audience is small, too.

Besides, Nepalbhasa is written in Devanagari script these days. There are not sufficient resources and technologies available to write in the traditional scripts such as Nepal Lipi, Ranjana Lipi. Available tools are also limited to certain devices and platforms. The unequal pace of digital development of various languages leads to digital language endangerment. If the tools and resources are not available online, even the fluent Nepalbhasa speakers will gradually stop using the language on the internet.

RV: In your opinion, what are some of the steps that could be taken to encourage increased use of Nepalbhasa on the internet?

SRP: I think many things could be done by organizations and individuals at different levels. For instance, if we can advocate for the government to publish their news or other informational websites also in local languages, or if we can request to make documents such as forms available in local language over the internet, people will get the opportunity to use their mother language in daily life.

During the pandemic, while people were mostly staying home, some people started online Nepalbhasa language and script classes. Some also started story and poetry recitation and others started developing online games and language tools as well. People started all of these voluntarily. If we can manage some funds at least to cover the development of such materials and make them sustainable, I think people will be motivated and it would increase the use of the language on the internet.

RV: What is your primary motivation for working on making your language and culture available on the internet?

SRP: In the short period of my life, I’ve seen a sharp decline in Nepalbhasa use. I feel that if we don’t do anything to preserve and promote it, the language will be gone forever in a generation or two. The loss of language is also a considerable loss of cultural and human knowledge. For me, the urgency of keeping the Newar language and culture alive and thriving is the primary motivating factor for working on making language and culture available on the internet. 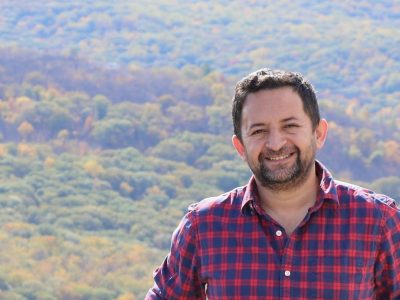