Colombia's cultural diversity is reflected in its rich linguistic heritage, represented by more than 60 indigenous languages. While some languages are critically endangered, many others are alive and well.

Spoken by approximately 1 million people across the country, these languages can be found in classrooms, markets, public transport, and on the Internet. Societal pressures and the historic relegation of native languages — not only in Colombia, but throughout Latin America — have discouraged many from maintaining their mother tongues, but young people are leading a revival of sorts, advocating their language and culture through the use of easy-to-use digital tools and web platforms. These “digital activists” are at the center of this movement whose mission is to ensure that the next generation can find their language and culture reflected on the web.

Over the course of two days on June 18-19, 15 participants from across Colombia gathered in the country's capital Bogotá for the First Gathering of Indigenous Language Digital Activists. Following the success of a similar gathering held in Oaxaca, Mexico in October, this event provided an interactive space where young indigenous Internet users actively revitalizing their native languages could meet to learn from one another.

The gathering was co-organized by Global Voices through its Rising Voices initiative, as well as the research group Muysccubun and the Caro and Cuervo Institute, which served as the event's hospitable hosts. Wikimedia Colombia, Mozilla Colombia, and Ubuntu Colombia were also on hand as local partners, leading workshops and providing mentoring to the participants wishing to start new projects or improve on existing initiatives. The gathering was also made possible in part through the support of Hivos.

In mid-May, we published an open call for participation seeking interested individuals already working to revitalize their native languages through Internet-based tools. Participants were selected with geographic and linguistic diversity in mind, as well their commitment to sharing what they would learn with their own communities. Ever Kuiru (right) shows Deiver Edisson Canticus and Yeraldin Domico the website to his digital project.

Applications arrived from throughout the country showing an impressive background in community-based projects, including online radio broadcasting, blogging, social media promotion, online dictionaries, and online children's games. Following a review, the organizing team selected 15 people to take part. A complete list of participants and their respective communities and languages can be found here.

Selected participants were invited to lead workshops or discussions, with the idea that each session be more conversation-like in nature. During the plenary sessions, facilitators introduced a topic including some broad general questions for the group to spark a conversation among everyone based on their local perspectives and personal experiences.

These sessions included discussion of technical hurdles when using native languages on the web, such as lack of keyboards to type necessary characters. The ongoing lack of connectivity in many communities is also a major obstacle for communities to become more active in this work. Another challenge discussed was the lack of consensus on writing methods within participants’ communities and methods of building a uniform alphabet.

Participants also shared their views on whether to borrow words from Spanish when their language lacks a word for technology-related terminology. Some were adamant that neologisms should be created to accommodate these needs demonstrating that the language can be fully functional on its own. Another discussion centered on community rights to the content that is uploaded to the Web — whether digital activists need to ask permission from elders or leaders and in what circumstances, and how open licenses might figure into the equation.

The final discussion focused on ways to build alliances among different stakeholders that would ensure more successful language revitalization projects. Many participants requested a greater presence from governmental authorities at the workshop, so they could directly advocate their communities’ language preservation and revitalization needs.

Based off feedback collected after the Mexico workshop, participants had additional time allotted to formally present their digital project to the entire group. Jhon Alexander Delgado shares his digital project with the group.

Hands-on workshops led by participants and local partners were another major component of the gathering. Workshops included recording and editing with the Audacity software; how to start a free software localization project; creating memes using the Webmaker tool; how to edit a Wikipedia article; and how to maximize Twitter to create conversations around a specific hashtag. The hashtag used for the event was #ActivismoLenguasCO.

Due to high demand, a roundtable discussion called “Internet in My Language — Experiences of Colombian Indigenous Language Digital Activists” took place the following Saturday morning. Free and open to the public, the event was an opportunity for workshop participants to interact with the general public to help raise awareness about the topic.

Building upon the network

The two days were packed with a wealth of information and skill-building. During the final wrap-up session, many recommended that future sessions be longer for more in-depth engagement with digital tools and topics. According to participants, two days were not nearly enough time to reflect on the many challenges facing indigenous language digital activists in Colombia. In addition, the wide variety of digital tools was at times overwhelming, so additional time with fewer tools was also suggested. Group discussions during the workshop.

Most importantly, participants reiterated their own personal commitment to their projects. They also expressed their desire to replicate the workshop model on a local level and virtually connect with other communities across the region, such as those that took part in the Mexico gathering.

Earlier this year, Rising Voices launched ActivismoLenguas.org, a portal to document and feature indigenous language digital activism projects across Latin America. The site hosts project profiles, video interviews with the participants from Mexico, and video interviews with the Colombia participants will be shared there soon — all made possible through a collaboration with linguistics students at the Colombian National University. This network, which started in Oaxaca, has already added new members from the Colombia workshop.

These gatherings demonstrate that innovative work is taking place on a grassroots level, but there is still need for technical, linguistic, and community support. The challenge remains finding meaningful ways to connect these young indigenous language digital activists. Building a network with them is a step in the right direction.

Global Voices hopes to continue to replicate this model in other countries in the region by facilitating partnerships with local organizations that share this common mission furthering the impact of the work of these young digital activists. 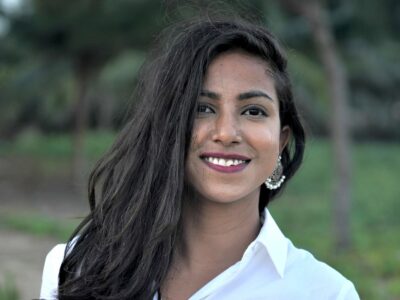