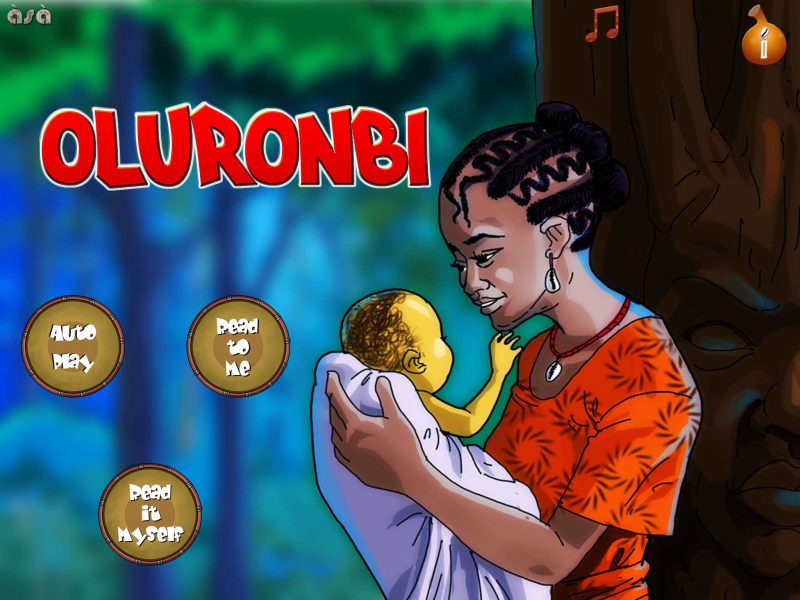 Screenshot from the Oluronbi,digital story app.

“Cultural evangelist” is a term that Adebayo Adegbembo sometimes likes to call himself, which has become a fitting description of his work that combines technology, teaching, and a passion for promoting African languages and cultures on the internet. 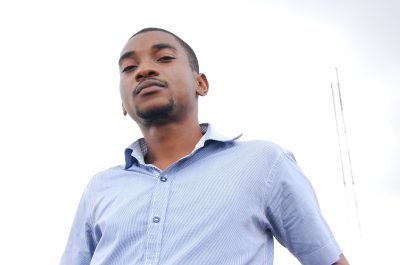 Based in Lagos, Nigeria, Adebayo’s mother language is Yoruba, which is spoken by approximately 30 million people. His interest with this approach to languages started four years ago and came about while exploring ways to use technology to encourage his young niece and neighbor children to learn the language. As the founder of Genii Games, his team has been developing language-learning apps and animated videos for the Yoruba language, as well as other Nigerian and African languages. According to Adebayo, technology has become an optimal tool to make language learning “fun, appealing, and engaging”:

Technology offers the best form of creative approach to preserving native languages. It aids the process of documentation, collaboration between language experts, offers a wide array of distribution medium etc. With technology, it's easier to contextualize the languages to reach different audience categorized by age and level of understanding of the languages.

Designed for children, one of these language apps, Igbo 101, takes the form of an “adventure quest.” Users can advance through the game by mastering different language levels while achieving milestones with the ultimate goal of acquiring the gift of “Amamiihe,” which means knowledge in the Igbo language. The app recently released its second updated version and is available for both Android and iOS. Other language learning apps are available for Yoruba and Hausa.

To create these language learning apps, it takes a team of programmers, illustrators, voiceover artists, sound engineers, and language instructors to assemble all of the elements. The language experts are especially essential to the process to master the tonal elements of Nigerian languages, which also is spread across many different dialects. This process has been well-documented and published in the post “What Does It Take To Build An App” on Genii Games’ blog.

Highlighting stories from Nigeria and across Africa is an additional piece to Adebayo’s work. To help encourage the next generation of digital storytellers, he has been conducting workshops with elementary school-aged children throughout the continent. In March 2016, he led eight workshops with local schools across Nigeria, which focused on creating digital content for kids. He shared the basic idea of the activity:

It’s a workshop where we walk kids through the process of creating simple stories using technology tools. Together, we come up with ideas for stories then write out the script, draw, color, record the narration and piece it all together into an app or video. Our goal is to demystify the content creation process. Furthermore, our larger goal is to inspire these kids to take ownership of their narratives.

Based on the success of these workshops, he led a similar activity in Johannesburg, South Africa in conjunction with iAfrikan, Who Are We Africa, Macroscopia Labs and which was hosted by Jozihub, as part of the Youth Day festivities. Twenty-six children from two primary schools in Soweto took part in all aspects of creating a 90-second video about Umngqusho, a popular staple food from South Africa. In addition to coming up with the story idea, the children illustrated the characters, as well as provided the voices for them. The final result can be seen in the following YouTube video:

While these apps and digital stories have made advancements towards promoting Nigerian languages online, there are still existing challenges to ensure that more children can access this content. This especially affects children from rural parts of Africa, where there are lower adoption rates of smartphones. Adebayo said this is significant because smartphones “have features that make these languages better presented in multimedia ways, thus more creatively engaging. The growing availability of cheap smartphones will ease this over time and I think we're beginning to see it happen.”