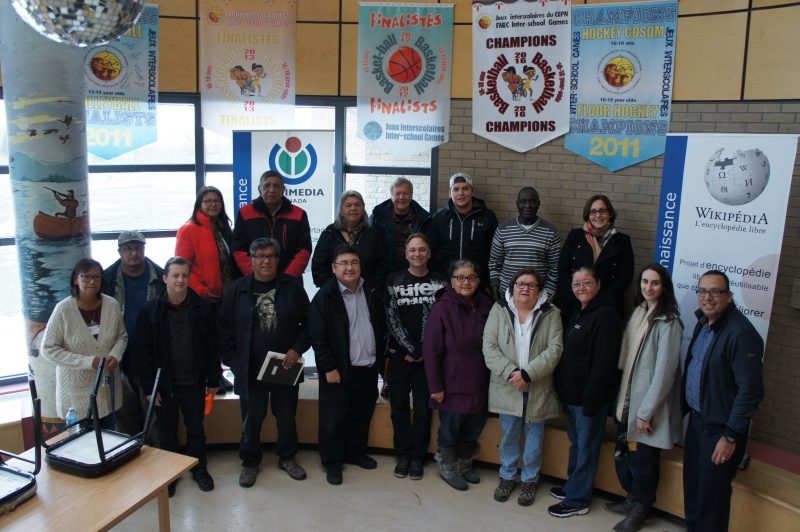 A First Nation in Canada may soon have a Wikipedia to call their own.

The Atikamekw Nehirowisiw Nation, located in central Quebec, is one of the few Aboriginal peoples in Canada where virtually the entire population still speaks the language, making it among the most vibrant among the First Nations.

“It is a way to pass on ancestral knowledge using computers and it allows to preserve traditional practices,” project member Anthony Dubé (username: Nehirowisiw) says. “It is an educational tool for all.” 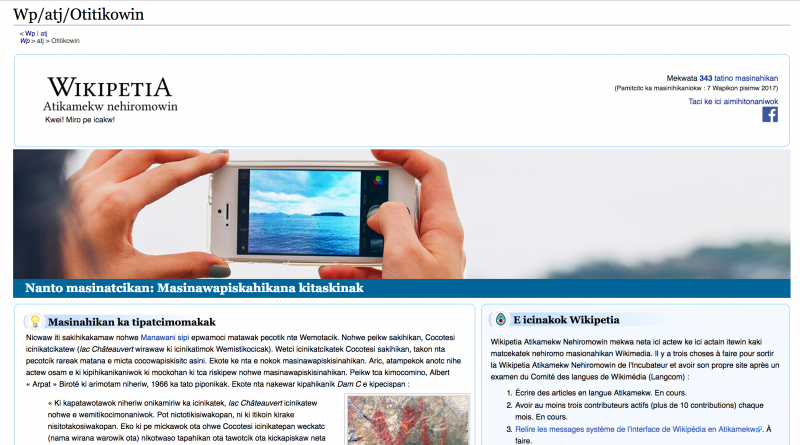 Screenshot of the front page of Atikamekw Wikipedia.

The initiative, titled “Atikamekw knowledge, culture, and language in Wikimedia projects,” has several other goals. It is expanding information about the nation on the French Wikipedia; uploading photos, archival documents, and maps to Wikimedia Commons; and is raising awareness among the Wikimedia community about the unique features of indigenous knowledge and languages. The final report will propose recommendations about how to better include indigenous content in Wikimedia projects.

This one-year pilot project (fall 2016 to summer 2017) follows a different 2013–14 initiative conducted in in Manawan (in Québec, Canada) by a linguist from Leipzig University, a high school computer teacher, and an Atikamekw language keeper. Working together, they created “Wikipetia Project“, which involved students from Otapi secondary school in Manawan to create articles on Wikipedia written in Atikamekw. By the end, the students had created more than 160 articles. 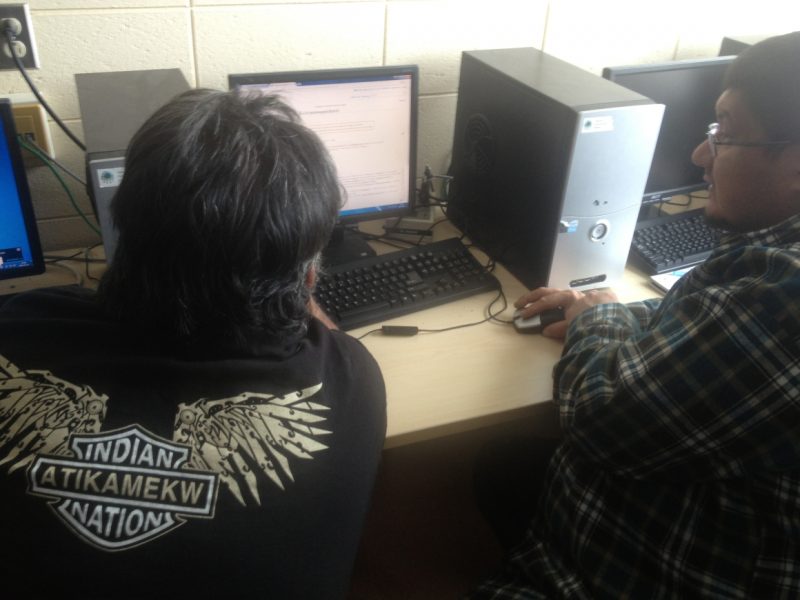 A guardian of the Atikamekw language and his successor. Photo by Seeris, CC BY-SA 4.0.

The project is divided into three parts: training, a pedagogical project, and a research project.

The first includes training sessions with the Atikamekw community given by volunteers from Wikimedia Canada with the goal to make the community autonomous in their work on Wikimedia projects. An initial training took place at the Otapi secondary school in Manawan on October 24, 2016, and another was held with the CNA in La Tuque on November 28, 2016. And in May 2017, there will be a session of photographic documentation within the Atikamekw community.

The pedagogic part is taking place at the Otapi school from November 2016 to May 2017. There, students in computer class are writing articles in the Wikipetia Atikamekw Nehiromowin.

The research component is intended to document the pilot project with the aim to create a toolkit and a set of recommendations that could be used in other similar initiatives. It builds on discussions about the best ways to share traditional knowledge on Wikimedia platforms, such as a research seminar in which representatives from the First Nations Information Governance Center and the Quebec National Archives and Library talked about the issue of compatibility between the free licenses in which all Wikipedia content is available.

They also discussed OCAPTM (ownership, control, access and possession), or the principles of ethical research as set out by Canadian First Nations. This conversation will help both First Nations communities and the Wikimedia community to better understand how the creation of digital content about indigenous knowledge can best be respected, honored, protected, and shared on Wikipedia and other Wikimedia projects.

The project will conclude with a panel at the Wikimania Montréal conference in August 2017.

A longer-term goal is to replicate similar projects with other Canadian Aboriginal communities, or elsewhere in the world, and broadly share this experience with the international Wikimedia movement.

On the technical side, members of the community are working with the Institut linguistique Atikamekw (ILA) and techno-linguists of the Nation are working to create new words and to standardize the language to create an Atikamekw version of the MediaWiki interface.

For example, they need to invent new terms to translate “homepage”, “free license,” or “upload”. Instead of translating literally, they prefer to mobilize traditional references, often linked to the ancestral territory, because this allows the culture to appropriate technical modernity while transmitting its specific cultural imagination. It is also up to the community to define its own rules for the use of the encyclopedia: acceptance of oral sources, which articles that reflect indigenous realities meet the notability criteria to merit their own articles, protection of sensitive information. It is a process of reflecting on the best ways to take advantage of this tool while adapting it to the Atikamekw epistemology.

Among the questions raised by translation is that of the classes of names: the Atikamekw language does not distinguish between the masculine and the feminine, but it distinguishes between animate and inanimate things. Is Wikipedia animated? The participants decided that it is.

Wikimedia Canada’s mission is to educate Canadian communities about the development of free and open knowledge in all languages, including Aboriginal languages. The objective of this strategy is to collaborate with Aboriginal communities in Canada and to introduce Aboriginal language speakers to Wikipedia with the goal that they become autonomous contributors in the development of content in their languages. It is in line with Article 13 of the United Nations Declaration on the Rights of Indigenous Peoples, which establishes the right to preserve, revitalize and develop indigenous languages—all integral parts of Canadian culture. 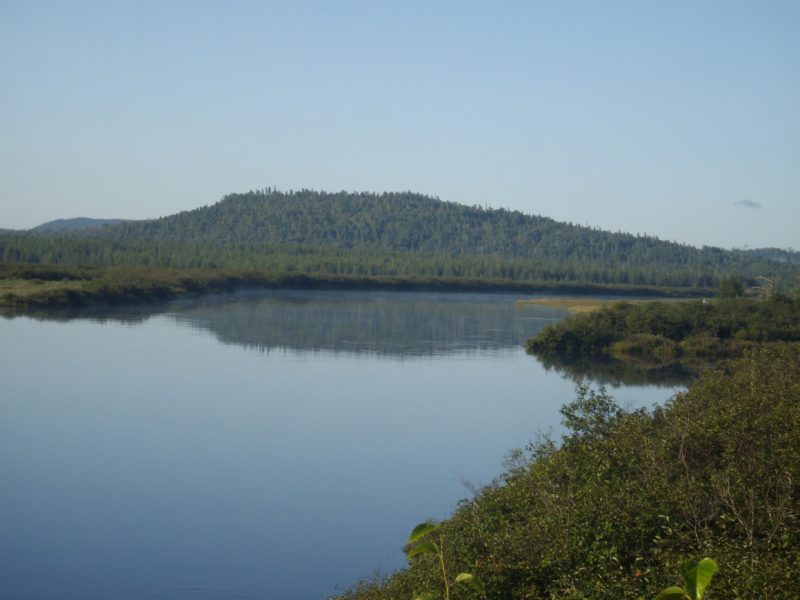 The next phase of the project is to organize a photographic “hunt”, where participants set off to snap photographs of the Nitaskinan, the Atikamekw’s ancestral homeland. This will take place in the Atikamekw communities of Manawan, Opitciwan and Wemotaci, as well as the towns of La Tuque and Joliette.

Before the beginning of this project, there were only a dozen free photos representing the Atikamekw community in Wikimedia Commons, an online collection of freely usable media files. All dated back to the 1970s. The goal of this photographic expedition is to better reflect the current vitality of the community by photographing not only buildings but also people, traditional activities, lakes and rivers, animals, and the territory in general.

The photographic hunt is currently taking place and will run through May 31, 2017. A workshop will be organized on the last day to help the participants upload and populate the Atikamekw category in Wikimedia Commons.