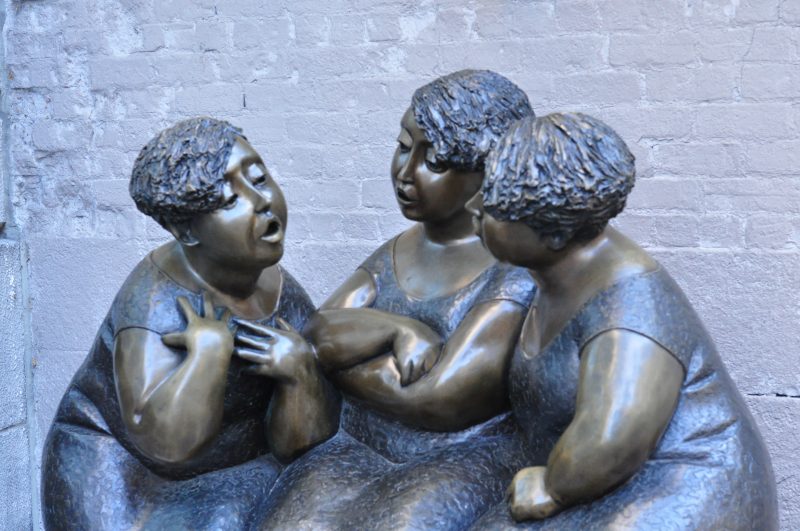 Can there be a way to connect with someone, here and now, despite a language barrier? For Steven Bird and Robyn Perry, founders of the Treasure Language Storytelling (TLS) initiative, storytelling in original languages is a possible answer.

Global Voices recently reported about another initiative led by Steven Bird, the Untranslatable blog. Here though, the focus of TLS is not on the written but on the spoken word, and is an effort to preserve and celebrate the linguistic diversity of large cities. Indeed, in urban areas such as Melbourne and Darwin, Australia, or Oakland in the United States, where TLS has held events since 2015, small and not-so-small languages are often at risk of not being passed on to the children born there. For the project's creators:

The mass extinction of the world's languages can be avoided if we create cities that embrace diversity – safe spaces where inhabitants do not need to forget who they are in order to belong.

While “listening is often connected to understanding”, these events aim instead to “listen to appreciate, to feel, to connect”. In this format, storytellers first tell their stories in their own language and then translate or explain them in English. Although the participants are not professional storytellers, their commitment and their acting engage the audience and provoke laughter and emotion, as if the language was not a barrier anymore.

For example, the video below is a traditional story from Burkina Faso told in the Dafing language. During the question session, the storyteller, Rassidatou Konate, also has an opportunity to explain her country's storytelling customs.

In another event, John Nyamusara tells the story of the hare and the baboon in the Shona language of Zimbabwe:

After explaining the meaning of his tale, John Nyamusara is asked “What is it like to speak to an audience that is not understanding your language?” With a large smile, he shares his feeling of inclusiveness:

“They were listening! They were attentive… They were with me!”

You can watch stories told in Tagalog, Chochenyo, Ewe and many other languages on the Vimeo and YouTube channels of the parent Aikuma project.

While Treasure Language Storytelling events have taken place in three cities so far, the organisers hope to expand, and anyone inspired by the project can get in touch with TLS to organise their own storytelling performance.