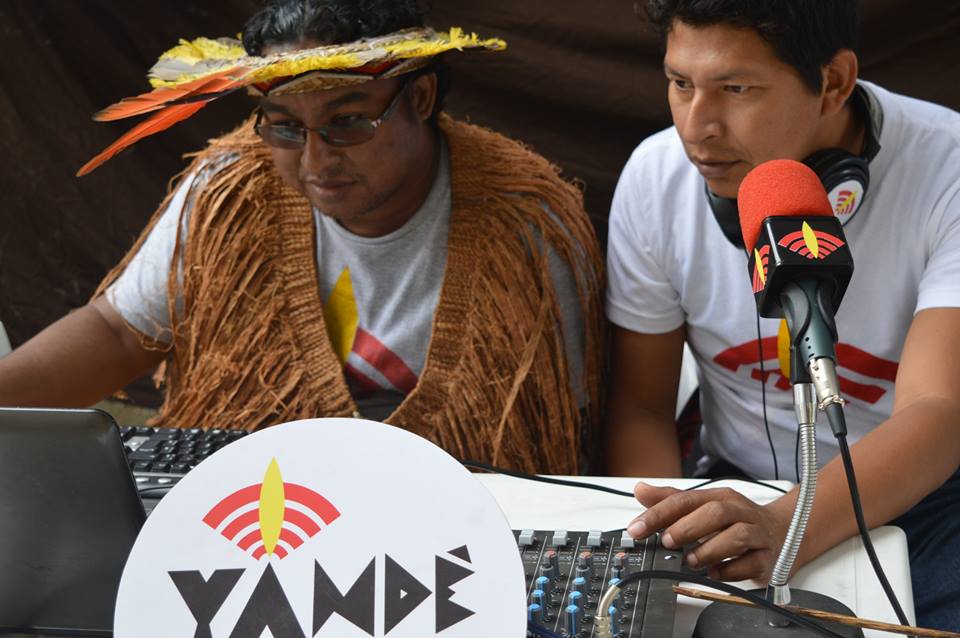 Rádio Yandê combines a strong sense of community with digital media to bring Brazil’s indigenous cultures and languages to the forefront.

The station, which began streaming online in 2013, is the country’s first web-based broadcast of its kind: created by indigenous people, for indigenous people, with the intention of using technology to shred the stereotypes and misconceptions about Brazil’s native communities that emerge out of mainstream media narratives.

According to news site Agência Brasil, more than 150 indigenous languages are spoken in Brazil – with Tikuna, Guarani Kaiowá, and Kaingang being the three with the largest number of speakers. It is predicted, however, that by 2030 up to 45-50 of these languages are likely to suffer from extinction.

This project in particular, takes a wide-ranging approach to capturing the daily lives and issues concerning Brazil’s indigenous society. The station plays music from indigenous artists, as well as featuring news, debates, stories, poetry and messages that come directly from the communities themselves.

While its headquarters are based in Rio de Janeiro, the station’s scope is Brazilian wide. In this YouTube video, for instance, Radio Yandê interviews a healer from the Dessana tribe in the northern city of Manaus – getting his insights on the indigenous perspectives of religion, the differences between traditional medicine and modern medical practices, and the important role the younger generation plays in the protection of indigenous culture:

Because the station’s primary aim is to educate the masses about all things indigenous, content from its YouTube channel is primarily in Portuguese. Even so, some interviews are conducted in native languages before being translated by the station’s reporters. This is shown in the following video, in which a young filmmaker from the Amazonian Kayapó tribe discusses his recent efforts to produce materials that highlight and help preserve his local culture and customs: