Combating misinformation in under-resourced languages: Lessons from around the world 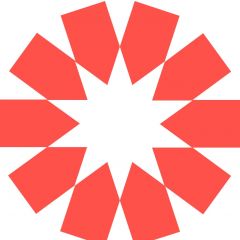 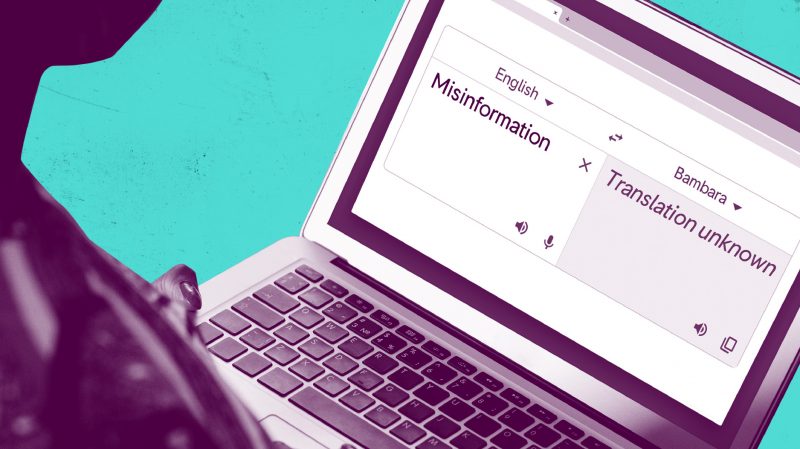 Illustration by First Draft News and used with permission.

Editor's note: The following article written by Ali Abbas Ahmadi was originally published on the First Draft website. It is being republished as part of a partnership for the webinar on December 10.

The languages we speak greatly determine our access to reliable information and fact checks that debunk half-truths or false claims. A recent webinar by First Draft and Global Voices investigates how linguistic minorities can overcome this information inequality.

The year 2020 has taught us that virtually all communities struggle with the effects of misinformation. While those that speak majority languages have access to fact-checking and verified information in their native tongues, the same is not always true of other communities. Minority languages are often under-resourced by both platforms and fact-checking organizations, making it even more difficult to tackle misinformation and build up media literacy in these communities.

As part of its Rising Voices initiative, Global Voices’ Eddie Avila and First Draft’s Marie Bohner spoke to experts from around the world to see how local communities are tackling the threat of misinformation in their native languages. Among them is Rahul Namboori of Fact Crescendo in India, Endalkachew Chala, of Hamline University in the United States, and Kpenahi Traoré, of RFI from Burkina Faso, who shared perspectives on tackling this unique challenge.

India is home to 22 official languages excluding English and at least 500 unofficial ones, making it especially difficult for fact-checkers, journalists and educators to ensure everyone has access to verified information. The spread of false information has had especially dangerous repercussions in the country, as rumors have incited attacks and riots against ethnic and religious minorities, leaving dozens dead in the past few years.

It is in this context that Fact Crescendo is fighting false information, Namboori explained. The organization verifies information in seven regional languages, in addition to English and Hindi, with the help of localized teams to both find rumors and prevent their spread. Fact Crescendo’s regional teams are made up of local journalists who speak the local language and understand their unique cultural and political environments where they operate. Using tools such as Facebook’s CrowdTangle, the teams monitor hundreds of Groups and social media accounts to track misleading and false information. Fact Crescendo also uses WhatsApp tip lines and groups so their fact-checkers can communicate directly with local communities and provide them with verified information in their own languages.

It is not just about how misinformation travels between major languages spoken in India such as English or Hindi, but also how misinformation from abroad makes its way into the country. False claims about the coronavirus from Italy or Spain jumped from Spanish and Italian into English and Hindi, before making its way into regional languages, Namboori said. A layer of localized context is added with each jump, making the misinformation that much more believable and allowing it to echo in linguistic communities with little or no access to reliable information.

Ethiopia is similarly diverse when it comes to languages, with three major ones and 86 others spoken in the East African country. “Most of these languages are under-resourced, and there is no fact-checking in these languages,” said Endalkachew Chala, from Ethiopia. Even though several of these languages are heavily used on social media platforms, their speakers do not have easy access to verified or reliable information.

Recently, internet shutdowns in the northern Tigray region due to the conflict in the country have exacerbated the issue of under-resourced languages. It has led to the creation of “two universes of information, where people living in the Tigray region do not know what is going on,” said Chala. The people there only have access to information broadcast by regional media, which has led to a “disjointed” understanding of the situation as those within Tigray have a different perspective to those living outside, Chala added.

Chala has also seen health-related misinformation proliferate across Ethiopia. False claims about the COVID-19 pandemic were rife in Ethiopia in several languages, spreading both within and across linguistic communities. The lack of fact-checking organizations or access to reliable information in under-resourced languages allowed these rumors to permeate into smaller rural communities and linguistic minorities.

“There are people from across Ethiopia who are willing to verify and fact check,” said Chala, but foreign funding almost always goes to those with political connections or speakers of dominant languages in urban centers. He added that platforms and foreign companies need to hire native speakers of minority languages to help verify the information for these communities so as not to rely on non-native speakers.

Elsewhere in Africa, speakers of the minority Bambara language in the western part of the continent are also dealing with similar resourcing issues. Although members of the Bambara communities receive their news from local media on TV and radio and may therefore avoid the tsunami of online misinformation, they are also entirely dependent on traditional media outlets, said Kpenahi Traoré. The responsibility of these outlets to report factual information is therefore even greater because Bambara communities often do not have access to the internet to fact check what they hear. Although local organizations do not currently have the resources to transmit factual information to their communities, there are foreign organizations including RFI Mandenkan that fact-check information in Bambara and other local languages, said Traoré.

In the Amazon, where indigenous communities predominantly communicate orally, it has been key that resources — particularly those around the coronavirus — were similarly “localized,” said Avila of Global Voices. “Who or what may be trusted in one culture may not be the same in another culture, and so keeping that in consideration is really important in the kinds of things we’re seeing online.”

While individuals and certain organizations are making an effort to provide speakers of under-resourced languages with factual information, linguistic minority populations are still at a distinct disadvantage to those who speak dominant languages. Even as the world has become more globalized through the internet, those with less connectivity or who communicate differently are left behind. Media outlets and social media platforms can invest in these local communities to build media literacy and so they can have the same access to verified information in their languages as everyone else.

And yet, these globe-spanning examples also underscore the need to address broader questions like literacy rates or internet connectivity when designing solutions to counter the problem of misinformation in minority languages. Understanding how linguistic communities communicate is key to building the required infrastructure to improve media literacy.