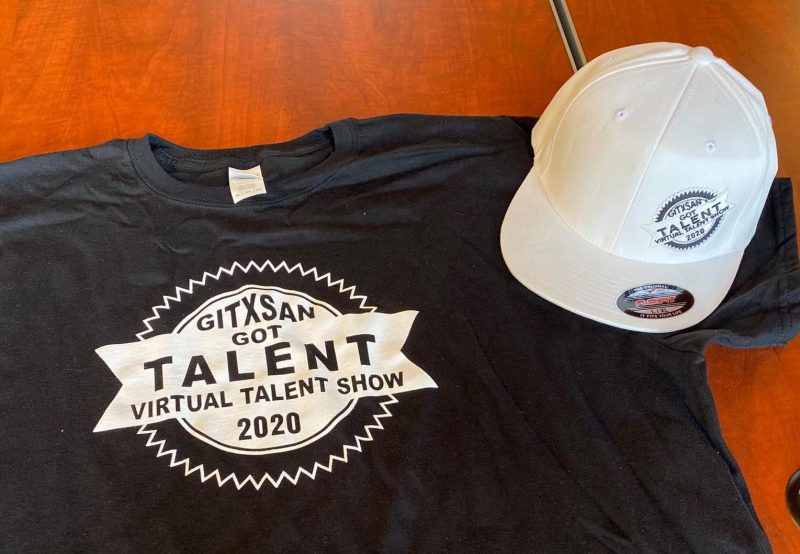 T-shirt and hat promoting the Gitxsan Got Talent contest. Photo by Erica Williams, used with permission.

Even during a global pandemic, Indigenous communities all over the world are coming up with ingenious ways of keeping their languages alive. Take the Gitxsan people of British Columbia, Canada: This April, dedicated language activists Cheyenne Raven and Jessica Starlund set up a Facebook group that promotes the Gitxsan language and encourages community participation in the form of an online talent show, aptly named Gitxsan Got Talent.

The group has over 600 members who regularly post their renditions of popular songs, poems, and voice-overs in this First Nations language, Gitxsanimaax/Gitxsanimx. Members are invited to comment on these performances, which are judged by tribal elders, with prizes being given to the winners. 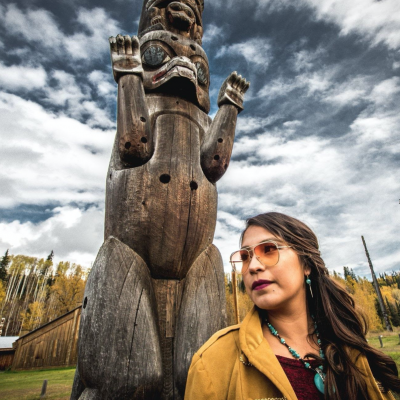 Jessica Starlund, one of the co-organizers of the Gitxsan Got Talent contest. Photo by Talon Gillis Photography, used with permission.

According to the Report on the Status of B.C. First Nations Languages 2018, the Gitxsan (also rendered as Gitksan in some sources) language has about 523 fluent speakers, with an additional 983 who somewhat speak, understand, or are learning across the six Gitxsan communities in British Columbia. Classified by UNESCO as “severely endangered”, the language is spoken primarily by elders and is not being passed down to younger generations.

According to academic Dr. M. Jane Smith, the Gitxsan originated in T’lemlaxamit. Their ancestral homeland is the upper Skeena valley in Northwestern Central British Columbia, an area in which they still reside.

The Gitxsan culture has a rich oral history, told through the language and offering a completely different perspective to the dominant Western worldview. It is a view that has, for centuries, contributed to the destruction of Indigenous cultures through European colonial ventures and restrictive measures imposed by successive governments. In contrast, the Gitxsan culture prioritises community and harmony with the land over Western notions of material wealth and individualism.

Unlike some other Indigenous communities in British Columbia, the Gitxsan have never signed any treaties with the Canadian government, and their land has never been purchased from them — which is not to say that they have been unaffected by governmental measures designed to repress their culture and their language.

Residential schools — essentially boarding schools designed to ‘kill the Indian, save the man,’ — have adversely affected not only those who were forced to attend them, but also subsequent generations of Gitxsan people. These schools caused a break in the tradition of passing on the Gitxsan language to younger generations; the tribal members who went there either never learnt the language or were so severely punished for speaking it that they thought it would be a hindrance for their own children to learn it. 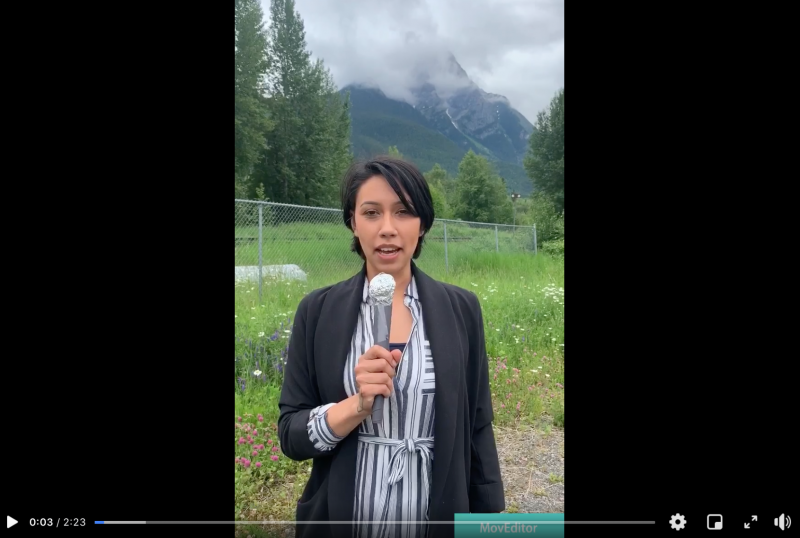 Screenshot of a news, weather, and traffic report by Cheyenne Raven for the Gitxsan Got Talent contest. Click on the picture to see the whole video.

The legacy of residential schools is not the only challenge that language initiatives like Gitxsan Got Talent face. The increasing importance of English as a global language, the necessity of speaking it in order to get what is perceived as a decent job, and the rise of English media content all contribute to Indigenous language loss.

These very factors, however, make the Gitxsan Got Talent Facebook group even more impressive: by harnessing the very technology that once threatened to erase it, the group is renewing interest in the language. Gitxsan communities also have a mobile app, available on both the Google play store and the Apple App store, which they use as a resource for learning the language by listening to stories and spoken words.

An email interview was conducted with one of the organisers of the Facebook contest, Jessica Starlund. According to Jessica, the contest has been a great success so far, “reach[ing] a lot more people than planned.” Speakers, learners and silent speakers from Gitxsan territories have all participated, and community members who live in urban areas have also taken part. The purpose of the contest includes extending the use of the Gitxsan language into more mainstream domains by doing voice-overs in Gitxsan for things like airplane safety videos, episodes of popular shows like “Grey's Anatomy” or “Sesame Street” and singing popular songs in the language.

The contest has undoubtedly inspired creativity. One participant, Skyla Olivia, who goes by the YouTube username “gitxsanbushgirl”, created this stop-motion video for her submission:

She points out that the virtual contest has been especially important during COVID-19, as it is a way of “promoting the language from a safe, virtual distance”, and helps “lift spirits” within the Gitxsan communities. The Facebook group is public for this very reason: to interact with as many Gitxsan people as possible and to promote the language, even during a global pandemic. Members of the group have described listening to the contest entries as “so healing”, and consider the group's posts “great for learning”.

Starlund says the community has recently sought funding to establish a language nest for young children — similar to those in operation in Hawai’i, or in New Zealand among the Maori — so that they will be immersed in the Gitxsan language and grow up bilingual in Gitxsan and English. The community has also applied for funding to establish language-cultural camps in their territories.

Another initiative that is helping to save the language is the establishment of successful Master-Apprentice programmes, similar to those run in California and other US states, whereby an elder is paired with a younger member of the community and they communicate exclusively in their Indigenous language. The Facebook group itself has garnered financial support in the form of prizes donated or funded by local organisations, and honorariums for the judges who are fluent speakers of Gitxsan. Monetary prizes are offered to the winners, and there are participation prizes for those who send in particularly good entries.

More than a place for the Gitxsan community to express themselves and have fun in their language, Gitxsan Got Talent has become a testament to the continued adaptability and resilience of the Gitxsan community. Gitxsan living anywhere in the world can join and contribute to the group, which will serve to not only strengthen the ties among Gitxsan people, but also between Gitxsan people and their language.