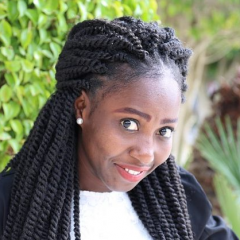 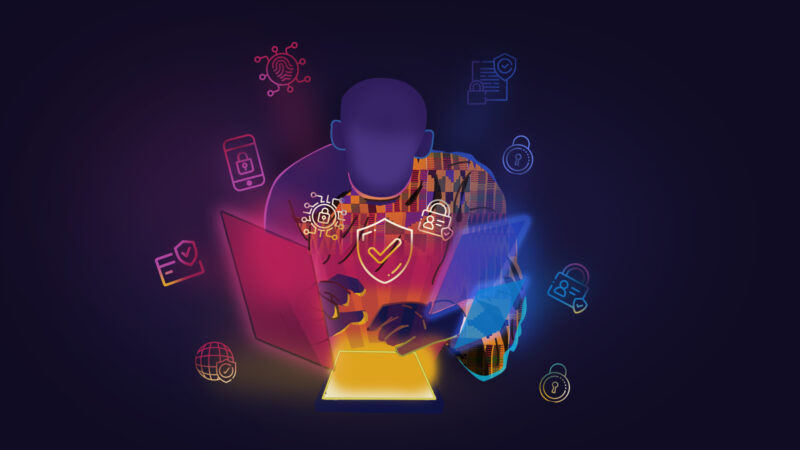 A version of this article is also available in Twi

“Twi is a dialect of the Akan language spoken in southern and central Ghana by several million people, mainly of the Akan people, the largest of the seventeen major ethnic groups in Ghana. Twi has about 17-18 million speakers in total, including second-language speakers; about 80% of the Ghanaian population speaks Twi as a first or second language.” — Wikipedia

Recognition: Twi is an official language in the Ashanti region of Ghana and recognized as a minority language in Ghana.

The Twi Language Wikimedians Group is a non-profit organization that works to increase the presence of one of Ghana’s Indigenous languages in the digital world. It is through their committed strategies of content creation and translation that there is a Wikipedia available for Twi speakers. However, advocating and organizing collectively across regions is not an easy task, and needs diverse digital safety strategies that are yet to be designed and implemented.

Zita Ursula Zage is one of the founding members of this group. As a member of the Wikimedia community and a digital activist she has worked in several projects with the leaders and members of this organization, including the Twi Wikipedia Translatathon series. From her experience communicating and organizing through diverse internal WhatsApp groups, she identifies challenges regarding spamming, hacking and data extraction that need to be taken care of for the group’s safety and continuity of their work.

Interested in finding the root of this situation, Zita undertook the research “Digital Security Vulnerabilities among Minority Linguistic Wikimedian Communities: The case of the Twi Language Wikimedians group.” Informed by her analysis of scientific articles, news and government reports, as well as screenshots, field notes from virtual observations and her own experience, Zita interviewed three executive members of the organization — two women and one man, who are all between 25 to 30 years old and all Twi speakers. One of them is administrator of a WhatsApp group that has over 71 participants.

These activists are not only making their language available online, but also using digital tools to revitalize it. What does this process look like in the context of cheap but limited internet access in Ghana?

The group of language and digital activists is based in Kumasi and Accra, the two most populated cities in Ghana. Its members are mostly native speakers of Twi and students studying Twi at the Kwame Nkrumah University of Science and Technology. They organize training events, translation workshops and competitions around Wikimedia Foundation projects. Their work, as activists and as a group that is geographically dispersed, relies on internet access, which means an ongoing challenge when the quality in the region is always uncertain.

The Alliance for Affordable Internet found that Ghana enjoys the fourth cheapest internet in West Africa. According to a policy brief published in 2017 by the Kofi Annan International Peacekeeping training center, at least 16 million Ghanaians have internet access. However, as revealed by the interviews from the study and Zita’s first-hand experience, the relative affordability of the internet in Ghana implies slow and low-quality internet services that limit many of the user’s experiences when it comes to opening websites, viewing audiovisual content, and running online programs.

Moreover, a 2013 report by the US Federal Bureau of Investigation (FBI) notes that Ghana was ranked as the second largest source of cyber fraud and financial scams in Africa. These cybercrimes are locally referred to as “419” or  “sakawa,” a term that is not fully translatable to English but refers to “illegal practices which combine modern internet-based fraud with African traditionalist rituals.” According to Zita, this not only affects the Ghanian economy, with foreigners refusing to do business with local individuals or businesses, but also affects other relevant local processes like those of language revitalization.

Thus, this context affects the Twi Wikimedians who connect to the internet using their own laptops and mobile phones. Zita argues:

“As much as the community members of this group have access to the internet and they do spend a lot of time on the internet performing various activities including, creating or editing articles on Wikipedia, using social media applications and performing internet banking, their safety on the internet is at risk.”

Learning from this context and considering a better scenario for the safety of the group, Zita brings up four main topics that inform the recommendations presented below.

The interviewed members have access to the internet and the majority connect using their phones and laptops. When connected to the internet, they mostly use social media applications, edit articles on Twi or English Wikipedia, perform internet banking transactions, and browse for information. However, the limited access to the internet becomes a frustration and eventually, a barrier for their work. Zita explains:

“All three people who participated in the interview pointed out that poor internet connection and the cost of internet are the most pressing challenges they and members of their community face. Due to the COVID-19 pandemic, a lot of the group’s workshops were converted to online events and hence I had a chance to participate in some of their online workshops. During the workshops, it was realized that most participants were not able to follow what was being taught since a lot of them kept dropping in and out of the meetings due to poor internet connection. This created some level of frustration for the organizers and participants when they are not able to yield productive results after spending several hours online.”

The common vulnerabilities identified among members of the group include spamming, hacking, impersonation, and identity theft. Spamming (sending several unsolicited advertising messages to large numbers of users) usually happens in three WhatsApp groups administered by members of the group. All three interview participants confirmed that spamming incidents occurred and, according to the study, it is usually done by hackers, using the accounts or numbers of members.

There are steps members take to ensure their safety online, which they learn by word of mouth, via YouTube videos, with specific courses or from information online. The three participants have basic knowledge of digital security and are aware of its importance, especially in relation to social media platforms and messaging apps. However, the three of them have separately experienced a hacking situation.

Moreover, all three participants claimed to have more trust in WhatsApp than Facebook (or any other messaging app) due to its end-to-end encryption feature and the two-factor authentication feature which helps them to feel a bit safe when using it. Learning about this perception informs the need for strategies around individual and collective awareness and co-responsibility with online safety. Zita explains:

“This was very interesting for me to learn because a report by ProPublica claimed WhatsApp messages are not end-to-end encrypted. And WhatsApp is now owned by Meta (Facebook in the past). And, just like Meta, WhatsApp undermines the privacy protection of its users. These platforms harvest users’ meta data and use the data for advertisement purposes without their knowledge. Most people including myself use WhatsApp and all other social media platforms without reading their privacy policy. So many users from my community are not even aware of the level of data Whatsapp is harvesting from them.”

Another learning from this study is how it is currently impossible to find digital security educational materials available in Twi. Besides a handbook in Yoruba and one in Igbo, there is no such material in other Indigenous languages in Africa. The interview participants also confirmed they have not come across any resources in Twi for educating people about digital security and the laws and policies that ensure their safety online.

The creation of local materials and content turns out to be a need, with challenges that need to be considered. As one of them says, “People keep saying that when knowledge is provided in your language, it is very easy to grasp or understand it, but then I am concerned about how some Information Technology terms can be translated into my language”.

For Zita, the internet has become a critical infrastructure in Ghana and facilitator of engagements of individual users, businesses, and efforts like the one Twi Wikimiedians make for the preservation of an Indigenous language. Zita shares some relevant insights into their perception of digital security and vulnerabilities. These, inform the following recommendations towards safer use of the internet that requires diverse stakeholders to articulate action, towards more local and accessible information:

The Twi Wikimedians Group is already claiming space and making the internet a better place for diversity in Ghana, and the world. A deliberate effort to raise awareness must be made for Twi users and activists to create and communicate with safety, and continue their work as one that is rooted in the language and collective memory of all Twi speakers.