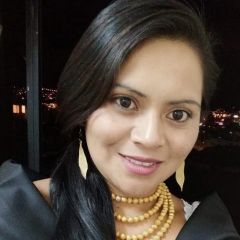 A version of this article is also available in Kichwa

Based on the “Internet access, digital security practices and the use of Kichwa on Facebook and WhatsApp in the Kichwa people of the Otavalo” research by Alliwa Pazmiño in collaboration with Rising Voices

In Ecuador there are 13 Nations with their own languages, identities, forms of organization, territoriality, and autonomy, and one of them is the Kichwa People. Our language, Ecuadorian Kichwa, is in danger of extinction: intergenerational transmission has stopped, as has its use by new generations. Now that digital tools are widely used in the territory, how is language used on social networks? How is digital security perceived in rural and Indigenous areas of the Otavalo canton? How do they impact the inequalities that limit access to the internet?

Kichwa is a Quechuan language that includes all Quechua varieties of Ecuador and Colombia (Inga), as well as extensions into Peru. It has an estimated half million speakers. The most widely spoken dialects are Chimborazo, Imbabura and Cañar Highland Quechua, with most of the speakers. — Wikipedia

Language status: For Imbabura variant- Developing (5) “The language is in vigorous use, with literature in a standardized form being used by some though this is not yet widespread or sustainable.” — EGIDS scale, Ethnologue

In this article I share some of the findings from the study I carried out together with Rising Voices as a Kichwa researcher. Through this research I aimed to answer these questions and learn more about internet access, digital security, and the use of the Kichwa language on Facebook and WhatsApp in Otavalo cantón, which includes the city of the same name and 11 parroquias or towns (two urban and nine rural). I focused on learning about the experience of the Kichwa-speaking authorities from these towns, who are elected by popular vote.

I am a Kichwa speaker, and the research that I share here is based on my own relationship with my language and territory: I approached the study, the methodology and the participants as a Kichwa researcher. I interviewed two local authorities of approximately 35 years of age. I chose them because I think it is important to understand the reality of rural areas regarding access to the internet, the use of social networks in the native language, and the challenges that people face in terms of digital security. These issues have not been explored, especially with the use of Kichwa as a starting point for the entire investigative process.

The Kichwa language in Otavalo

Otavalo is one of the six cantons of the province of Imbabura, located north of Quito, the capital of Ecuador. It is known as the “Dawn Valley” or “Intercultural City,” due to its cultural and identity diversity. Otavalo has 110,oo0 inhabitants, and the majority of the population is engaged in manufacturing, agriculture, livestock and commerce.

With a long history of colonization in the region, the original languages ​​have been mostly replaced by Spanish as the dominant language. In Otavalo, the Kichwa language is in an alarming situation as it is no longer being transmitted. According to the georeferenced sociolinguistic study of the Indigenous Languages ​​of Ecuador, carried out by Marleen Haboud (2017), 70 percent of the Kichwa population has stopped transmitting the language. Only three out of 10 Kichwa families speak the language in their homes.

How are digital tools used in this context? Could they be used to revitalize the language?

In most rural communities there is internet coverage, especially by point-to-point radio links. However, internet access is not guaranteed when it depends on economic resources, that is, having to pay for the service. In areas far from urban centers there are few households that have internet service, either due to coverage limitations or cost. Families that make their living out of agriculture do not have enough income to pay for a stable connection, so they connect through prepaid data packages from cell phone companies.

According to the Information and Communication Technology Indicators of the National Institute of Statistics and Census in Ecuador, 61.7 percent of households in urban areas have internet, while only 34.7 percent of households in rural areas have cable or modem internet access. State policies have always aimed to implement projects that cover the needs of the urban environment, as in the case of Infocenters. These are spaces that provide free internet access and training in basic computer use, located in the downtown of each parroquia, accessible to anyone who does not have internet access at home or on their cell phone.

According to the testimonies of the participants in this case study, the internet has become a basic necessity. During the COVID-19 pandemic, for example, education became virtual and Infocenters were the only places where students could go to do their homework. However, there were not enough centers to cover the needs of the communities furthest from the populated areas. This inequality became even more visible considering households that do not have internet, much less multiple devices computers so that each child could attend their virtual classes. As one of the interviewees mentioned, although it was previously used for inquiries and homework, due to the health crisis it became a basic necessity within a totally virtual study modality.

In addition to education, internet access has now become a necessity for other daily activities, such as communicating with friends and family, searching for information, and accessing services. This has created new forms of communication based on direct and immediate interaction through the use of social platforms. In Otavalo, the most used social network is WhatsApp, followed by Facebook.

I found that Kichwa is not so much used in posts and comments on social networks, either because there are no Kichwa speakers within the networks of friends or because they do not know how to write in Kichwa despite being Kichwa speakers. But there are private groups where they promote its use, as in the case of one of the participants, who has a group of young people from the church in his community, and interacts with them mostly in Kichwa, even if it is through voice messages.

During the study I found that the Facebook pages of the parroquia’s local authorities are used to communicate with the community only in Spanish, while in personal communications Spanish is mostly used and some Kichwa. On WhatsApp they also use Spanish; Kichwa is used only in specific chats with Kichwa speakers where voice messages are sometimes sent. In general, based on the study, I could say that little is written in Kichwa and I think this is related to two conditions: the development of writing in the original language is lacking and there is the perception that writing in Kichwa is difficult despite being Kichwa speakers.

Although access to the internet is limited due to the aforementioned conditions, social networks are used in the homes of the Kichwa in Otavalo. Digital security practices are poorly developed among community members, and the main reason is the lack of access to information. Some people have intuitively begun to understand how certain tools and platforms work; however, the participants mention not knowing much about this topic.

For example, the interviewees claim to know a little about the existence of antivirus, but do not use it. Not much is known about the use of strong passwords. One of the participants mentions that he uses the same password for different platforms and has not changed it lately; another, on the other hand, mentions that her password is in Kichwa, it has many characters and numbers, and she changes it every year.

As for file backups, the two informants point out that they have backups on external disks and in the cloud: “Ari, charinchikmi respaldota shuk ladupi y shinallata nubepi” (Yes, we have backup elsewhere, we also have it in the cloud). They also have backups of their photos: “Fotokunaka rin shuk nube nishkaman chayka seguromi kapan” (The photos are stored in the cloud, it’s safe there). Finally, another participant mentions that he uses a cell phone that has a service to save photos in the cloud.

There are diverse views about digital security for the parroquia’s authorities, but there is a common interest in learning more about the topic and possible strategies. Social networks are places on the internet where people publish and share all kinds of information, personal and professional, with third parties, acquaintances and total strangers. You cannot do without this tool; it undoubtedly provides an ease and many benefits. Being connected is regarded as a necessity in society; however most of the time we do it without fully understanding its internal policies, and access to platforms is done by granting permissions to access the user information. What are the implications this could have on the security of Kichwa users?

Some recommendations as a Kichwa speaker

In countries like Ecuador, it is evident that there is a structural inequality both in access to the internet and to information on digital security. One of the main factors limiting internet access is its cost. It is important to recognize this reality, to see that access is not only about the presence of an antenna in the territory, but about the true possibility of use and ownership by the people who inhabit it.

At the same time, it is important to note that digital tools are already present within the territory and this could be an opportunity to promote their use towards the continuity and revitalization of the language. For this, it is necessary to analyze how people could access information so that it allows them to use it safely.

Considering the findings mentioned above, I share the following recommendations for strategies to coordinate internet access with the revitalization of the language, considering Indigenous rural contexts such as Otavalo:

The Kichwa language is in danger of extinction. To reverse this process of loss, it is necessary for the language to develop in all spaces, including on the internet. Knowing the reality of the digital divide in rural areas is important in order to find solutions and create policies for access to information and guarantee this right.