The following are former grantee projects that are either currently inactive or no longer being maintained by Rising Voices.

Neighbourhood Diaries is a pilot project which trains children of Kolkata's red light slums how to use creative writing and online media to create and disseminate unrecognized and authentic community narratives in local and global media.

Veteran Iranian videobloggers have partnered with the local film clubs in Iran to identify aspiring young filmmakers and teach them how to distribute their works online.

Breaking The Silence in Kwa Mashu

In the township of Kwa Mashu, on the outskirts of Durban, South Africa, the Kwa Mashu Community Advancement Project (K-CAP) is training 20 new citizen journalists from within the township how to report on local stories related to local health issues affecting the community.

Real Experience of the Digital Era

In partnership with the Ai Zhi Yuan Zhu Center for Health and Education documentary filmmaker Wei Zhang will train male and female sex workers in Shenyang City how to share their experiences, opinions, and troubles in order to promote more understanding of the region's sex worker population.

The Casa Sperantei Hospice trains its nurses, doctors, and staff how to use audio and video recording equipment to share the direct stories of patients with life-threatening illnesses.

Voces Bolivianas promotes the use of new media tools to allow Bolivians from underrepresented groups to share stories about their lives and communities.

AIDS Rights Congo trains communication officers from local AIDS organizations in digital story telling, podcasting, and the creation of blogs to document the stigma and discrimination of people infected and affected by HIV and AIDS in Congo.

Following the 1992 Cairo earthquake, thousands resettled in Masaken Alzelzal – Alhadba Alwosta near the Mokattam mountain. The Blog Tales project is working with area teenagers how to use citizen media to tell the story of their neighborhood.

Women of Minya Day by Day

The New Women Foundation is working with women in the ElMinya Governorate, who work seasonal or temporary jobs, and is teaching them how to use citizen media to tell the stories of their lives.

Pavel Kutsev of the Drop-in Center uses blog posts, photos, podcasts, and online video to share his experiences working at a harm reduction facility based in Kyiv, Ukraine.

The Indian organization Transparent Chennai is working with local fishing communities in southern Chennai to help them document land use and other space-related issues through participatory map making activities, including geo-tagged photographs made my local youth.

The Powhatan or Virginia Algonquian language has been extinct for more than two centuries. A new project is attempting to teach a new generation to read, write, and speak this Native American language, and will explore how citizen media can play a large role in this process.

Bait al Karama is a women's center in the Old City of Nablus in Palestine that provides opportunities for culinary social enterprises for local women. The center seeks to teach its members how to use citizen media to document and record personal and family stories about the origins and the traditions of local cuisine. The National Trust of Fiji (NTF) will work in conjunction with the local community of Denimanu on the isolated island of Yadua in Fiji to train young villagers to tell the story through the use of digital video and photography of decades of conservation and protection of the crested iguana. The Karen state is cautiously emerging from six decades of civil war, following a ceasefire agreement. To help monitor the situation along the Burmese/Thai border, the Karen Student Network Group will train citizen journalists to use podcasts to help tell the story of these transition period in the region's history. The project Llaqtaypa Riymaynin (Voices of my Community) aims to use audio podcasts to revitalize the Quechua language by residents from the rural town of Haquira, now living in the urban community of Lima.

Dizha Kieru is a local community radio station located in the indigenous Zapotec village of Talea de Castro in Oaxaca, Mexico that will train local residents to become community news gatherers through in-person reporting or through collection via SMS or phone calls from citizens taking advantage of the community-owned and operated GSM mobile network. Centre for Media and Democracy in Bhutan provides audio podcasting workshops to the communities of Samtse, Trongsa, Kanglung, Thimpu, and Paro to have online conversations about the country's emerging democracy. Three rural libraries in the Guatemalan villages of Huitán, San Carlos Sija, Cabricán in the Quetzaltenango or “Xela” Department will explore ways that they can open their doors through citizen media for local residents to participate more actively in society.

The Blind Dates projects in Thessaloniki, Greece, is working with students from the local blind community to use technologies available for the visually impaired in order to share experiences about accessibility and policies facing their community.

The NGO Associação Amigos das Crianças seeks to teach the youth of the neighborhoods of Bandim and Enterramento in Bissau, Guinea-Bissau how to use digital photography and video to document life in their surrounding community. 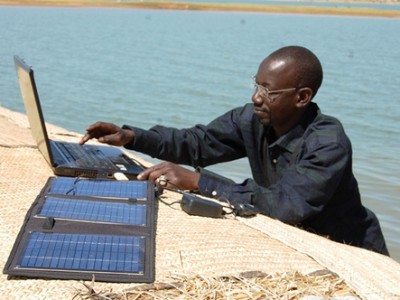 Boukary Konaté is a tireless advocate for greater internet connectivity and participation by rural residents of Mali. Through a variety of projects including a series of trainings in Ségou, as well as a Niger River excursion where he hacked together a mobile internet connection, he is now sharing cultural traditions from the villages of Mali through blogs and social networks. 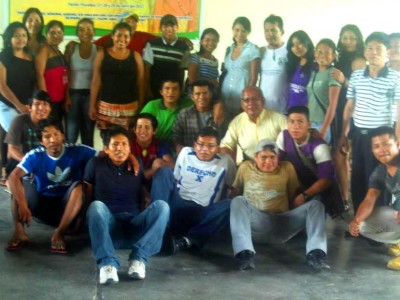 Starting with a storytelling festival by Shipibo elders, new citizen reporters have been learning how to document stories using digital audio recorders. These new citizen reporters from the Ucayali region of the Peruvian Amazon are now using those skills to share news about their local community, many of which face external environmental threats. 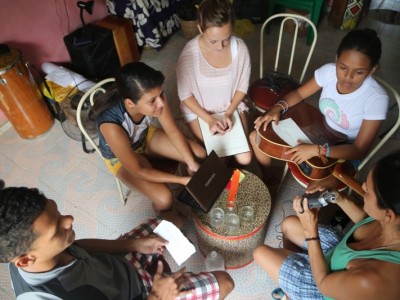 Young artists located in the Afro-indigenous community of Cabelo Seco in Marabá, Brazil, have been producing a rich variety of creative content about the realities of their surroundings. The project has been working with the young people to produce audio jingles about environmental issues to be broadcast over the radio and in unconventional ways such as mobile speakers.

Prison Diaries teaches inmates in Kingston, Jamaica to blog and podcast in order to present the realities of the Jamaican prison system with the hope of challenging popular ‘badboy veneration’.

HiperBarrio is an outreach collective of Colombian bloggers who have teamed up with local libraries to host new media workshops in the city's working class neighborhoods.

The “Exploring Taboos” project by the Cairo-based organization Nazra for Feminist Studies aims to create an online safe space for Egyptians to have conversations about gender and sexuality issues.

With the tagline, “it takes a village to raise an idea,” FOKO wants to help Madagascar by bringing the world’s attention to Malagasy people.

Pablo Flores of the OLPC project in Uruguay is organizing four workshops around the country to teach young students how to blog with their XO laptops.

In collaboration with the Hand in Hand Initiative, Ghaida'a al-Absi will organize a new media training course for female politicians, activists, and human right workers to build an online network of Yemeni gender activists.

Repacted is training refugees living in Nakuru's displacement camps, who were forced to leave their home during Kenya's post-election violence in January, how to tell their stories online. Nomad Green is training Mongolian citizen journalists how to use blogs, digital video, podcasts, and map mashups to report on local environmental news in Mongolian, Chinese, and English.

The Orizonturi Foundation in Campulung Moldovenesc, Romania is creating a blogging club for mental health service users which trains them how to maintain a weblog, upload videos to online sharing sites, and use social networks.